This spring, the media were abuzz when actress/singer and style icon Zooey Deschanel was spotted wearing a trench coat and cowboy boots together with a red randoseru. For most Japanese, randoseru are only associated with school children. However, it seemed to be a perfect complement to Zooey’s style.

In May this year, the leading brand in the industry, Seiban, opened its flagship store on Omotesando, Tokyo’s home for many luxury fashion brand shops. In addition to the classic black and red variants, the store offers randoseru in several other tasteful colors including navy blue, pink and purple as well as some embroidered options. These and the majority of randoseru produced in Japan by craftsmen are made using a synthetic material called Clarino, known for its durability and lightness. Whilst prices start fromaround 40,000 yen (about $400), some tourists from overseas who visit the store often purchase more than one as gifts for their children or relatives.

Shoko Yokota, Store Manager at Seiban Omotesando noticed a trend amongst their customers. “Customers from China and Taiwan often purchase the classic red or black randoseru. Most of them want these as they’re the iconic colors often seen in Japanese anime.” 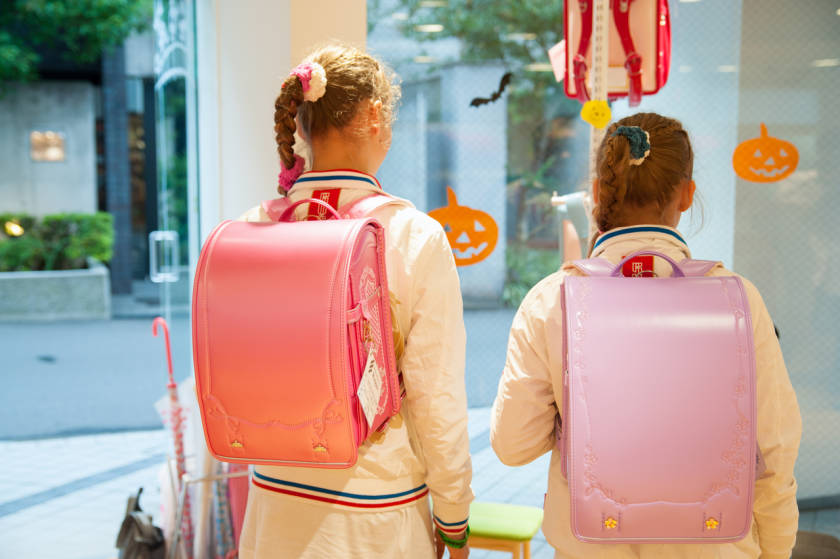 Seiban remain somewhat speculative of the sudden interest from overseas and currently have no plans of expanding their business outside of Japan. However, with the declining birth rate in Japan, both Seiban and its competitors are starting to take some notice of these previously disregarded markets.

The standardization of the schoolbag

According to the website of the Japan Bag and randoseru Manufacturers Association, the roots of the randoseru date back to the end of the 19th century. At the time, Japan’s army was undergoing westernization and the cloth back backs adopted during that period became the origins of the randoseru. Back then, many of the schools that the imperial family and nobles sent their children to forebode commuting by horse-cart and rickshaw. Instead, pupils were required to commute with their academic materials inside these military backpacks, known as ‘ransel’ in Dutch. This eventually came to be known in Japan as randoseru, the school bags you see today.

The earlier iterations of the randoseru were all made of cloth. However, this changed when Prime Minister Hirobumi Ito presented the Taisho Emperor (a child at the time) with a leather box-like randoseru to commemorate his first day at school. This design was thereafter referred to as the ‘school type’ and served as the basis for today’s randoseru.

Being a backpack, randoseru not only reduce strain, but also have the benefit of freeing up both hands. This led to its widespread nationwide popularization in the late 1950s and is now considered a standard bag for elementary school kids. Outside of Japan though, you’d be hardpressed to find similar examples of standardization in school backpacks. 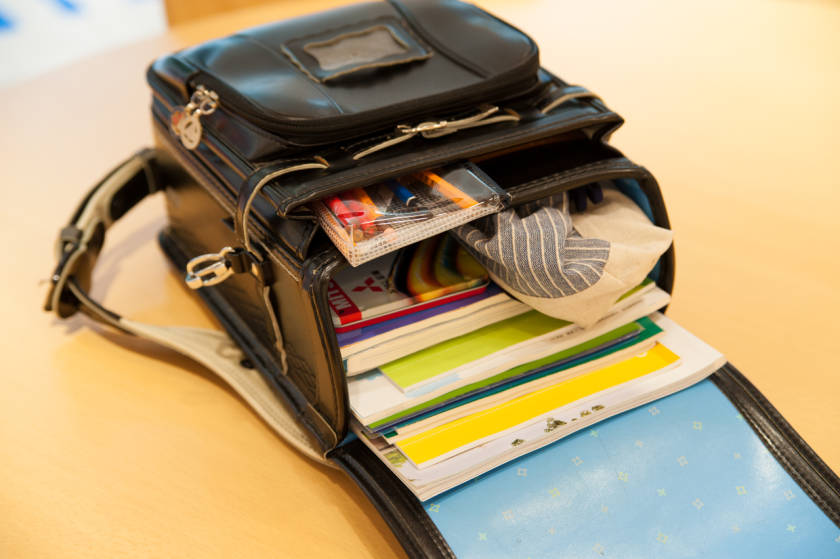 One factor in particular that draws a lot of attention from overseas buyers is the 6-year warranty that’s issued as standard with every purchase. Parents or Grandparents often buy randoseru forchildren to commemorate the start of elementary school. As elementary school lasts for 6 years, most manufacturers provide a warranty of the same duration offering free of charge repairs for manufacturing defects such as broken fastenings or torn straps.

Being something that will be continuously used for 6 years, there are an increasing number of parents who want the ‘real deal’. Whilst many manufacturers have their stores and factories in different locations, Tsuchiya Bag Co., LTD. operates its own workshop just next to its shop in Tokyo. There, some 70-80 craftspeople hand makes every randoseru in clean and spacious workspaces where customers are also able to see them at work.

“Seeing their child trying on the randoseruis a major milestone for many parents” explains Satoko Seino, from the public relations office. Most of their randoseru are made to order using the finest cowhide and horsehide that would satisfy even the most discerning of adults. 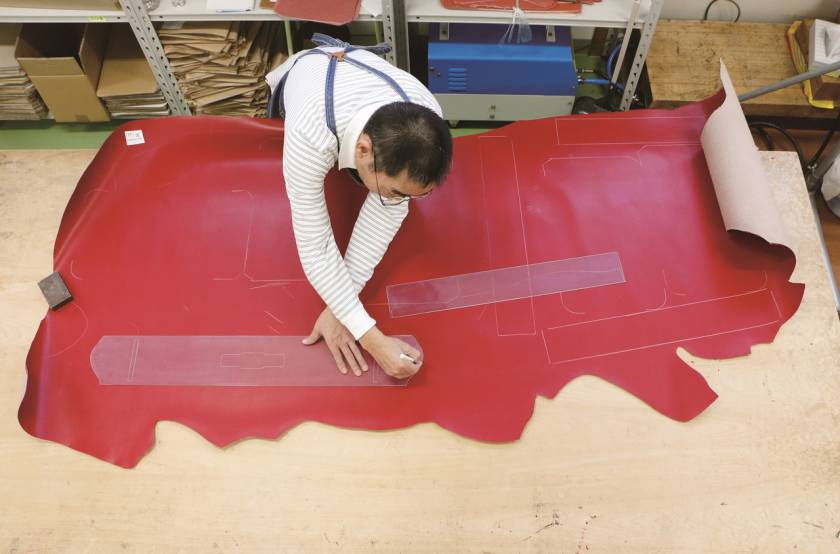 Seino went on to add, “This year we started taking orders on 1st July but by November we’d already reached our maximum.There’s definitely been an increase in customers who want high quality, durable products.”

As the academic year in Japan starts in April, the company often receives orders 6 months in advance from parents and grandparents of children still in nursery. With their randoseru prices ranging from 50,000 yen to 90,000 yen (about $500 to $900) , they certainly aren’t cheap. But it seems more parents these days are willing to spend just that little bit more to give their child the best there is. Perhaps this trend could be owed to the declining birthrate? Whatever the cause, the trend is seeing the company sell several tens of thousands of randoseru every year.

The making of a randoseru

At Tsuchiya Bag Co., LTD. the first step in making a leather randoseru is selecting the materials the use. From there, expert craftsmen skillfully mark out pieces needed to make one randoseru. After being cut using with a pressing machine, these pieces are reinforced with adhesive before being combined to make the larger parts, which are the back, flap and gusset. 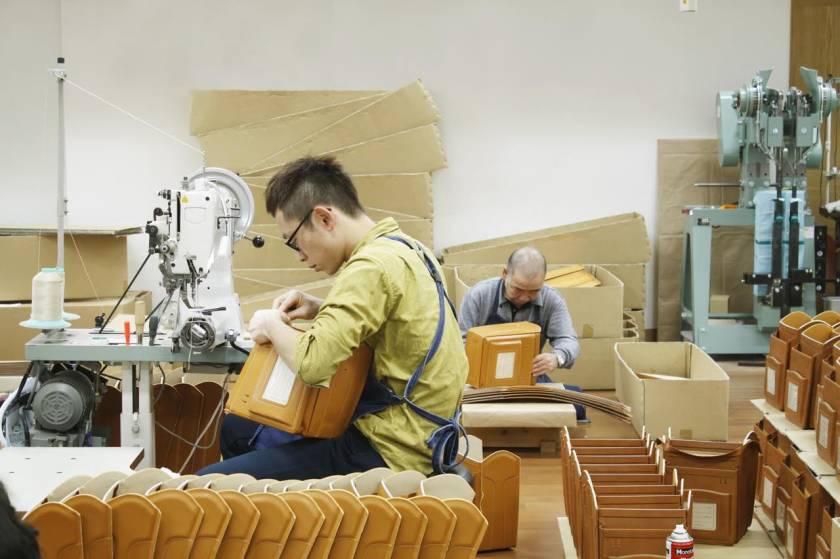 Only craftspeople who have attained a certain level of skill perform the crucial part of combining these larger parts. From there, the box-like shape and the setting of the back piece are formed with the randoseru sitting vertical. The overall shape is rigorously checked at this point as a warped shape or back piece can be particularly noticeable and offensive to the eye.

Once assembled, an industrial sewingmachine is used to sew everything in place. This again is left to veteran craftsmen as the spacing and sewing together of thick leather is no easy task. Given the understated aesthetics of the product, any sewing mistakes are extremely apparent and can easily ruin the finish.

“From selecting the materials to completingone randoseru, the whole process takes around 5 days. The scenery of our workshop changes everyday. It depends on which process our craftspeople are working on,” explains Seino. Being seen doing their work also seems to have apositive impact on the craftspeople.

From iconic designs featured in manga and anime to high-end almost luxury designs, randoseru varieties are plentiful. The 6-year warranty offered with each purchase is a true testament to its high quality. And the moment these high quality bags became known by the world, is the moment they became more than just bags for school kids.