Perhaps most interesting is “soft”, a collection that comprises three different shapes of of low, glass tables. Each table is made of 5 sheets of frosted, softly tinted colored glass. The tables have a soft gradation effect, such as from purple to red, from orange to yellow and from blue to purple, creating a glowing sense of luminosity. The tables look organic, yet futuristic and sleek at the same time. 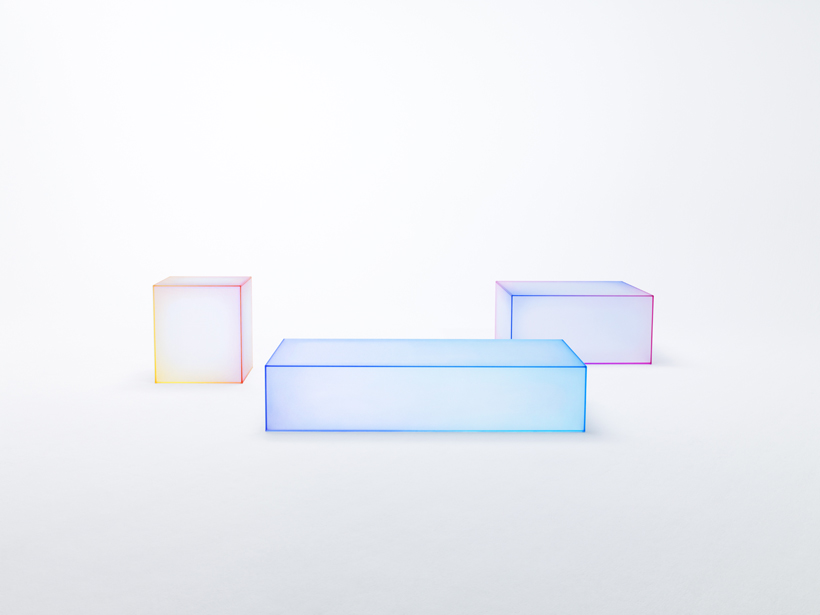 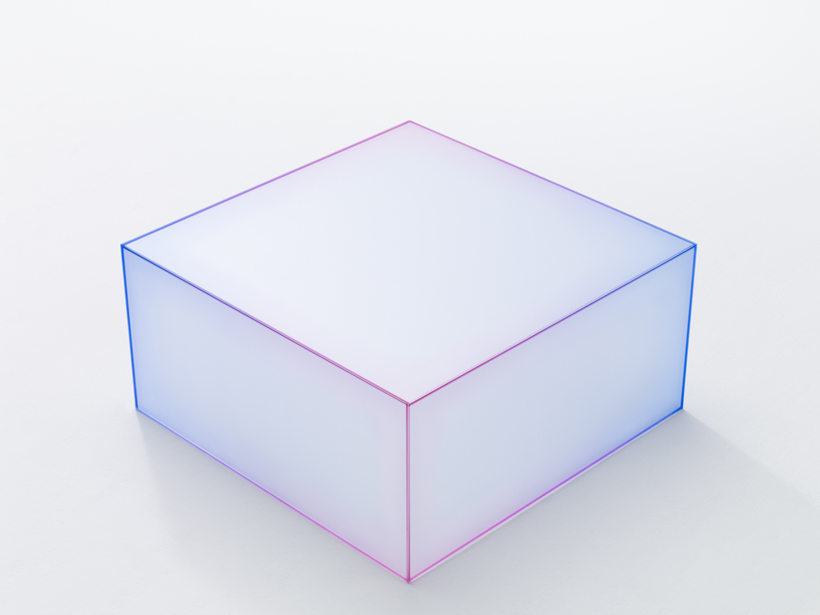 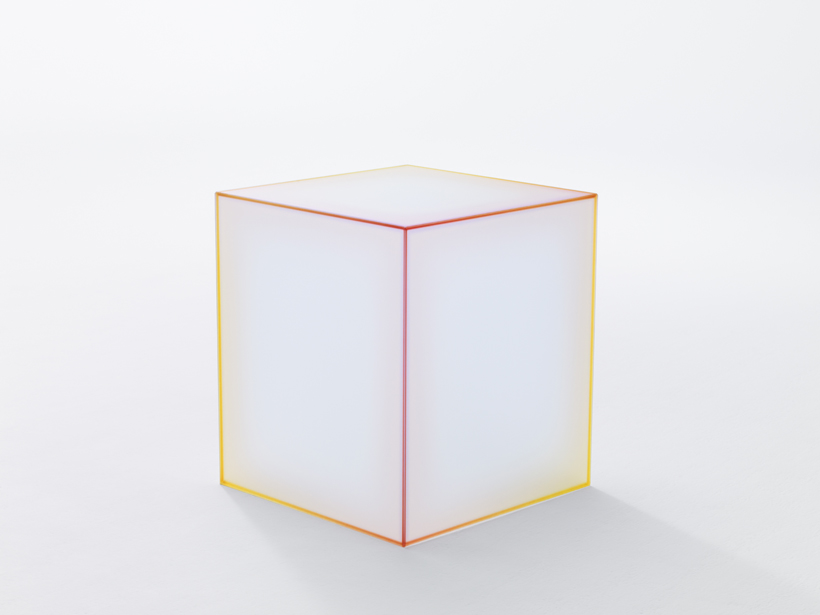 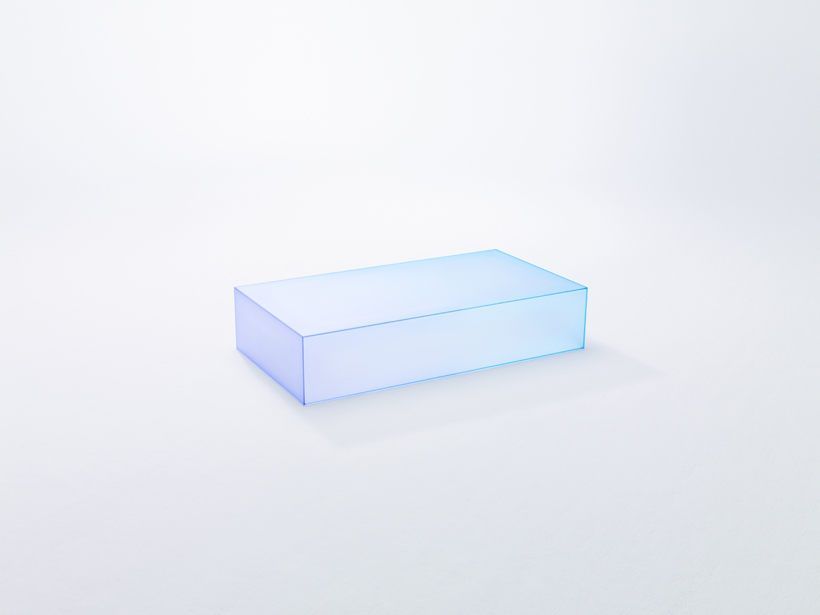 “For the joint between two sheets of glass, the cross-sections with an angle of 45° were printed with bright colours”, explains Nendo. “These cross-sections were then bonded together. These colours had a gradation effect, such as from purple to red, orange to yellow, and blue to purple.”

“These colours had a gradation effect,” says Nendo in a statement on their website, “What is more, the reverse side of the frosted glass was printed with a pattern to make it look as though the same colours were blurred on the glass surface.” 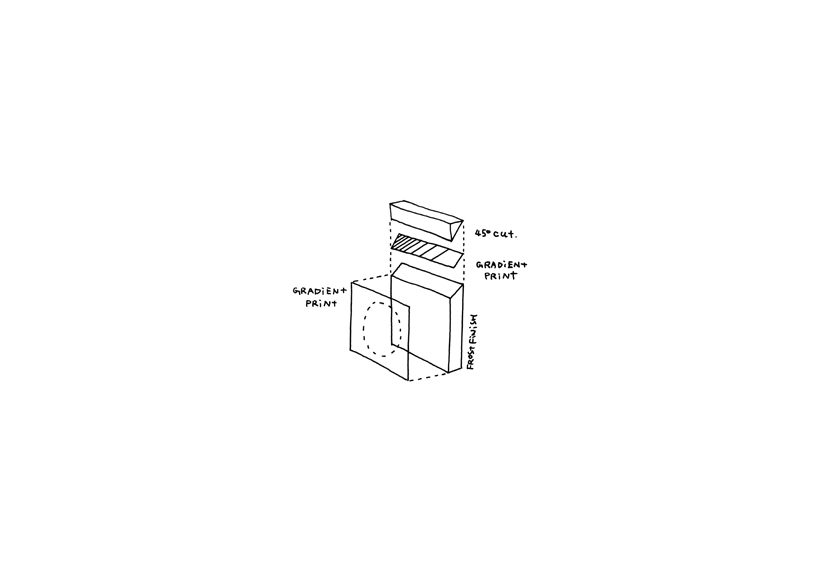 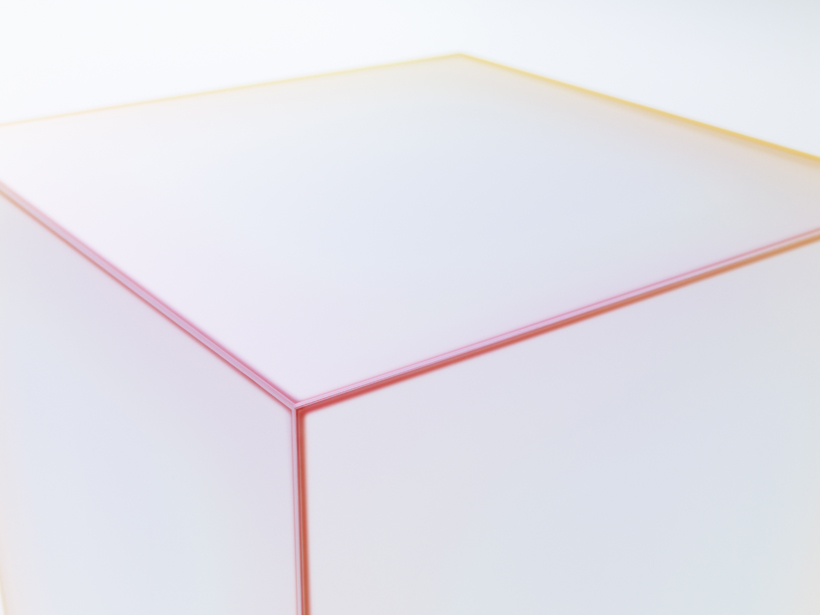 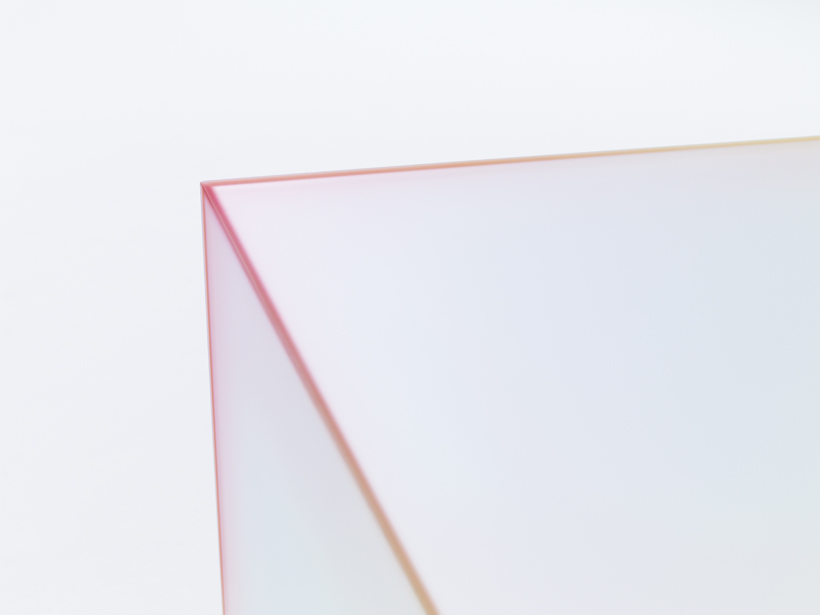 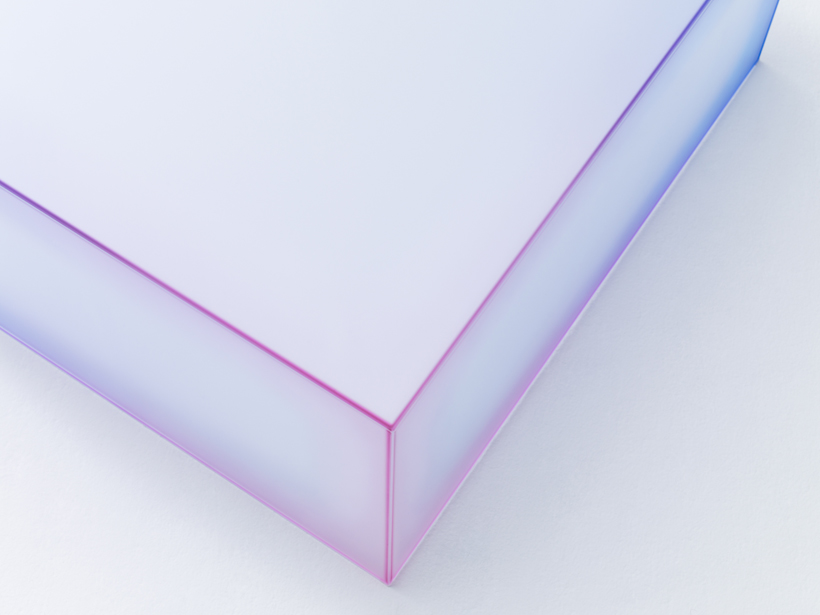 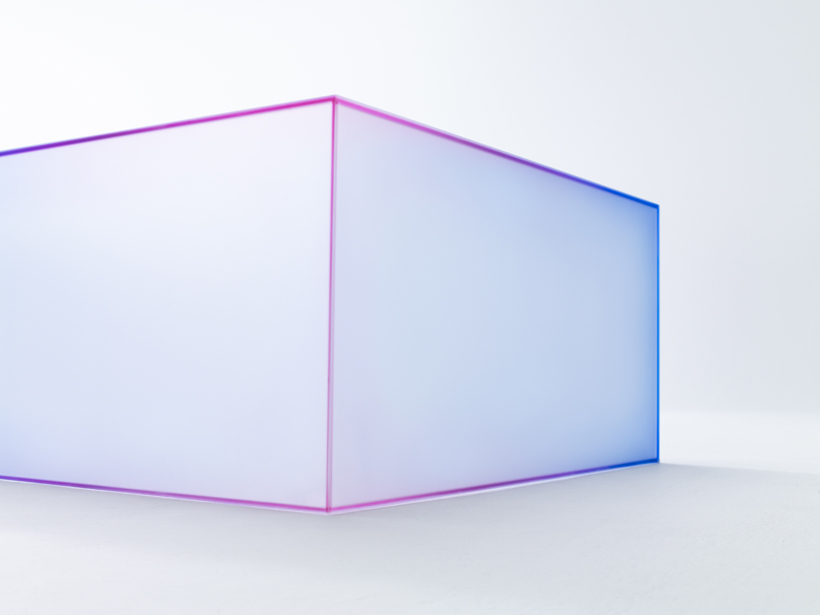 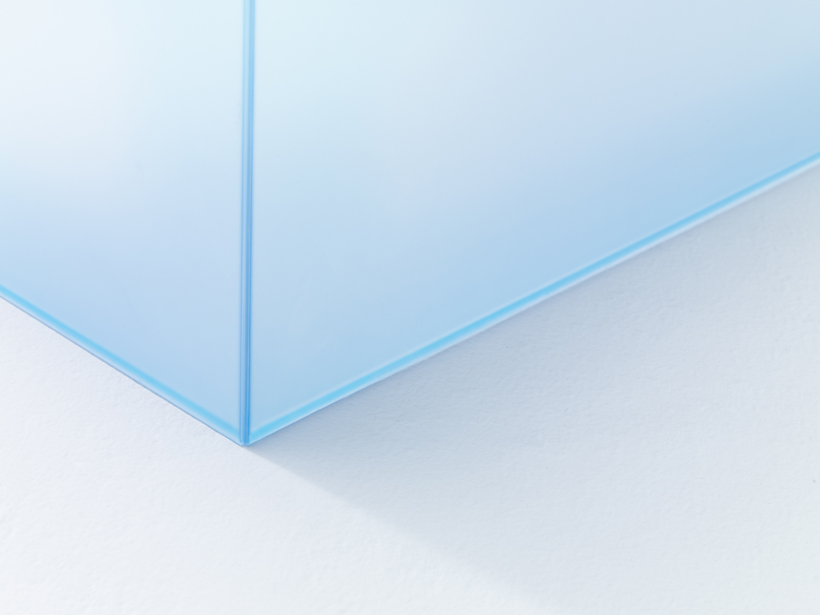 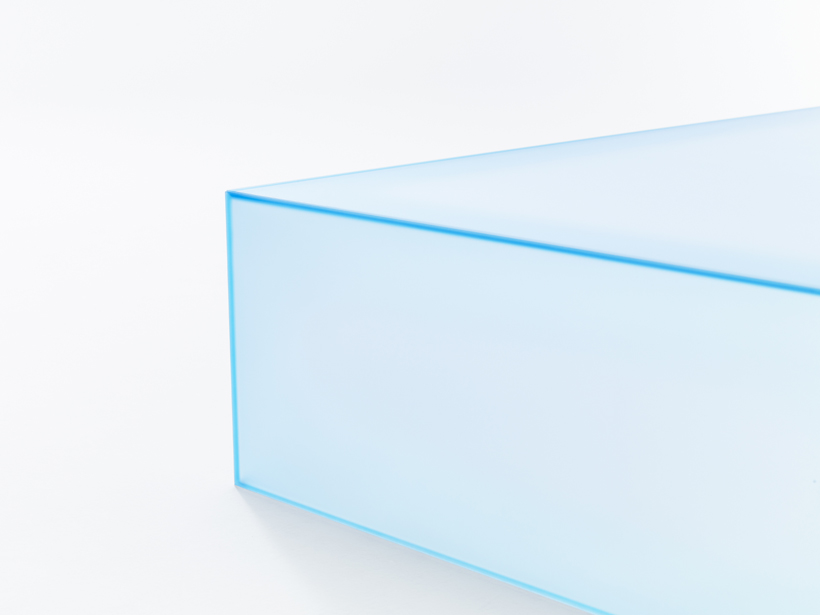 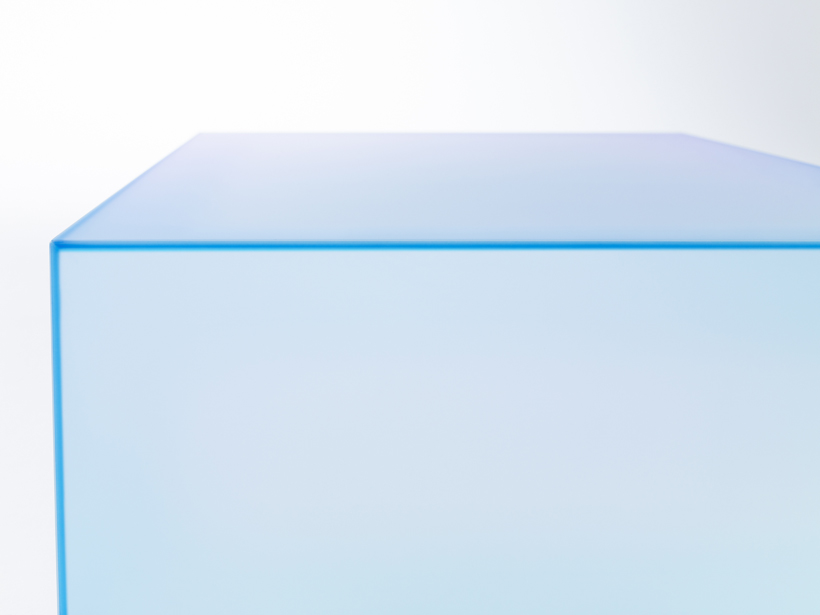 “By combining the extremely difficult technique of printing gradation colours on the diagonal edges with the printing that expresses a delicate ‘blurriness’, an appearance that contradicts the conventional image of glass, which is of a hard and sharp material, was achieved.”

The Nendo exhibition is currently taking place at Milan’s Museo della Permanente from until April 19th, where the studio is exhibiting over 100 pieces of their work with 19 different brands. If you’re lucky enough to be in the area, check out the rest of Nendo’s collections and let us know what you think. 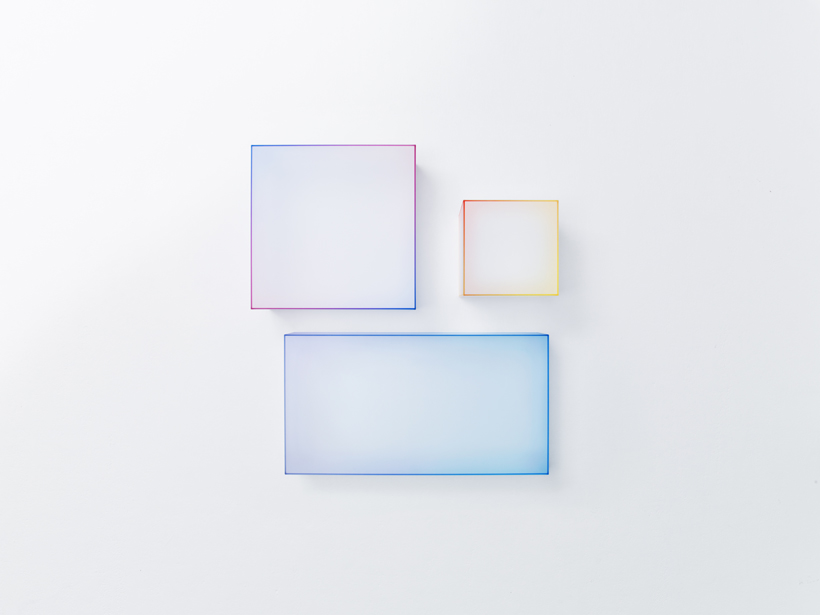 Eli Nygren is a graphic designer/project manager from Maui, Hawai'i. He is fluent in Japanese and English and is currently based in Tokyo. In addition to design, he loves music, camping, surfing, cooking and reading.