However, this isn’t the first time the world of Stars Wars formed a link between the East and the West. George Lucas and Akira Kurosawa were both film lovers inspired by classic American Westerns; and when Lucas first saw a Kurosawa film while in film school, he fell in love immediately. The influence of this encounter of film-makers can be seen throughout  the Stars Wars universe. 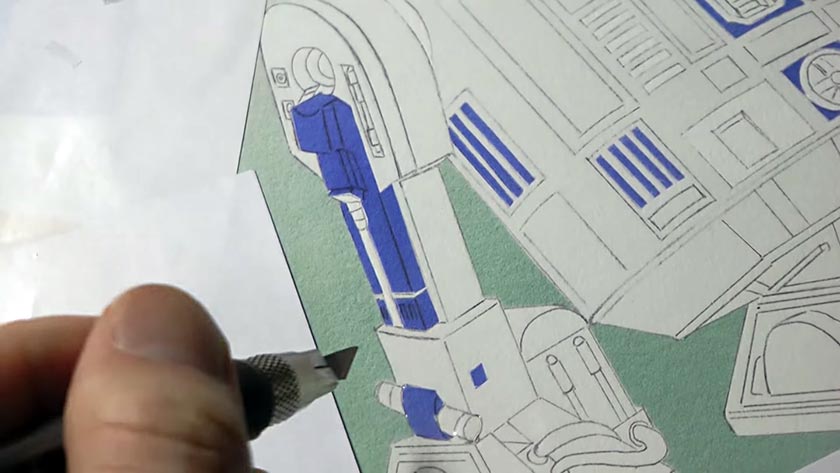 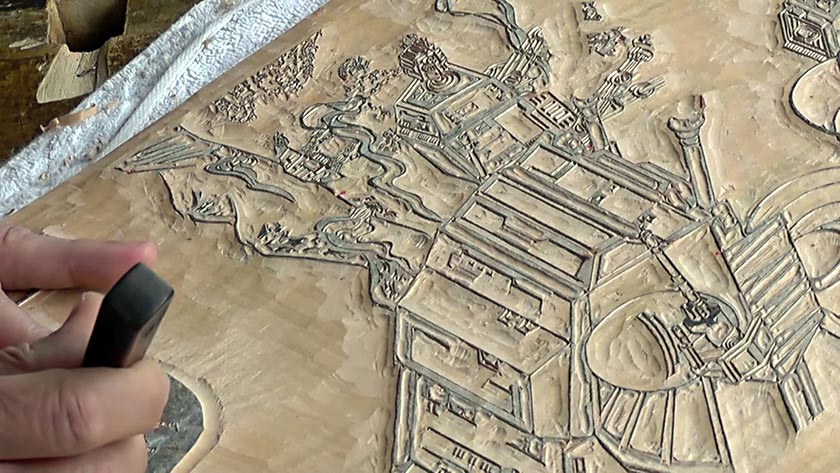 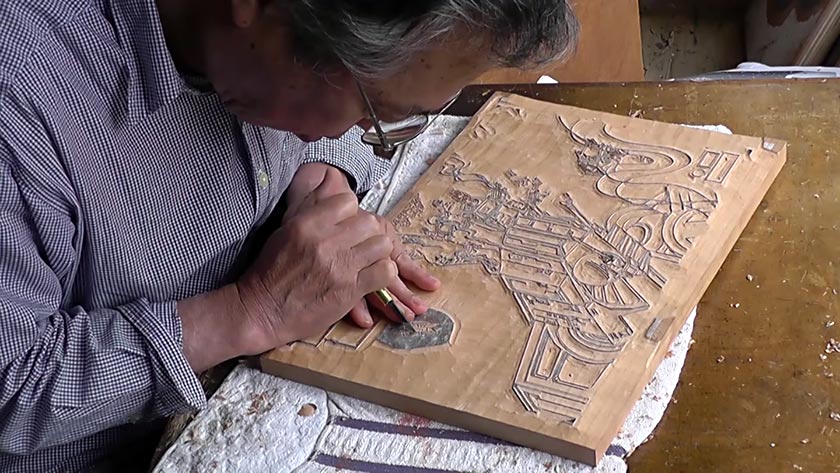 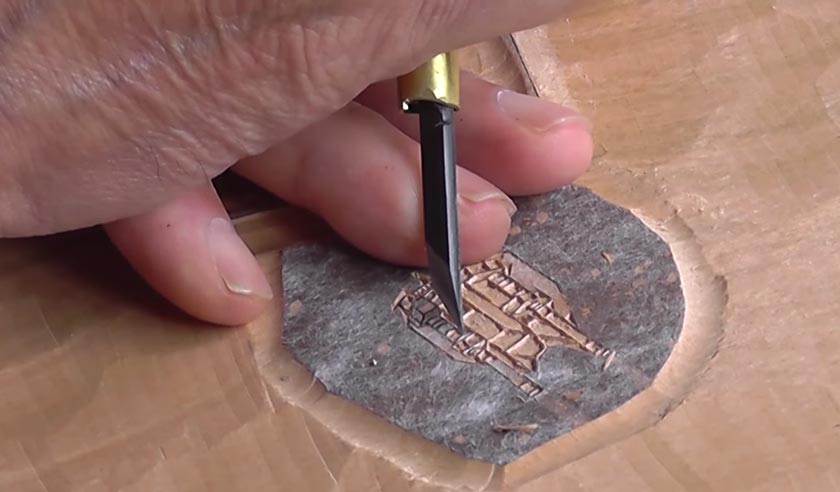 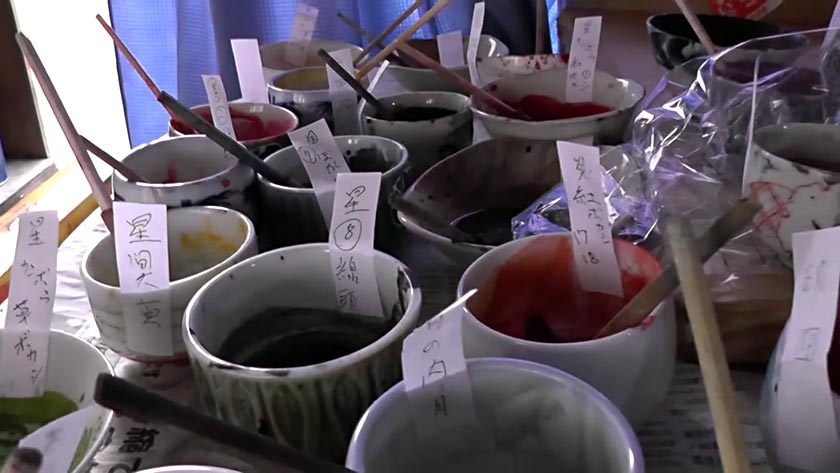 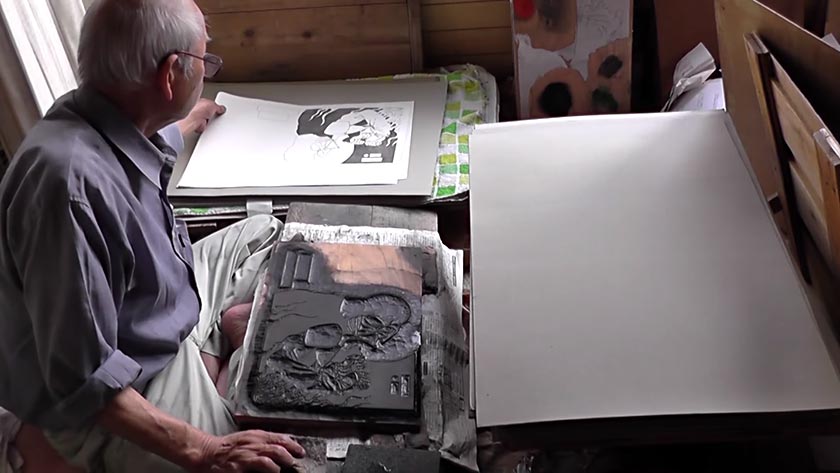 Example of a print and it’s wood carving together.

The making of woodblock prints was used in China for centuries before it was use in Japan, where it it became particularly popular during the Endo Period (around 1603-1867). It is roughly a process of taking an initial drawing, transferring that to wood, carving the wood based on the drawing, and applying various colors to the woodcarvings, which are then pressed to a paper to make the print. Even for those who don’t speak Japanese, this video made for the Rhythm Force Project demonstrates the process of making these woodblock prints. 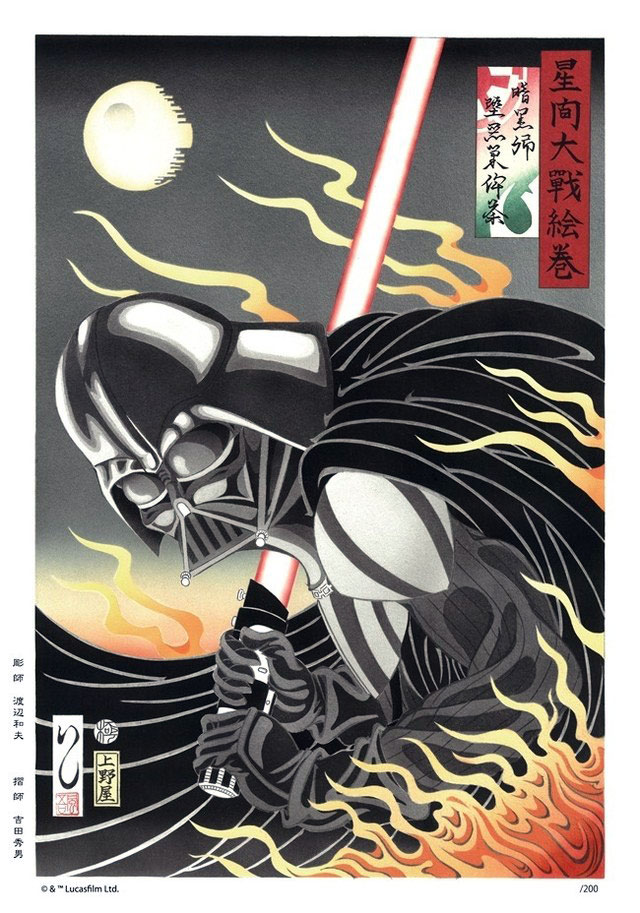 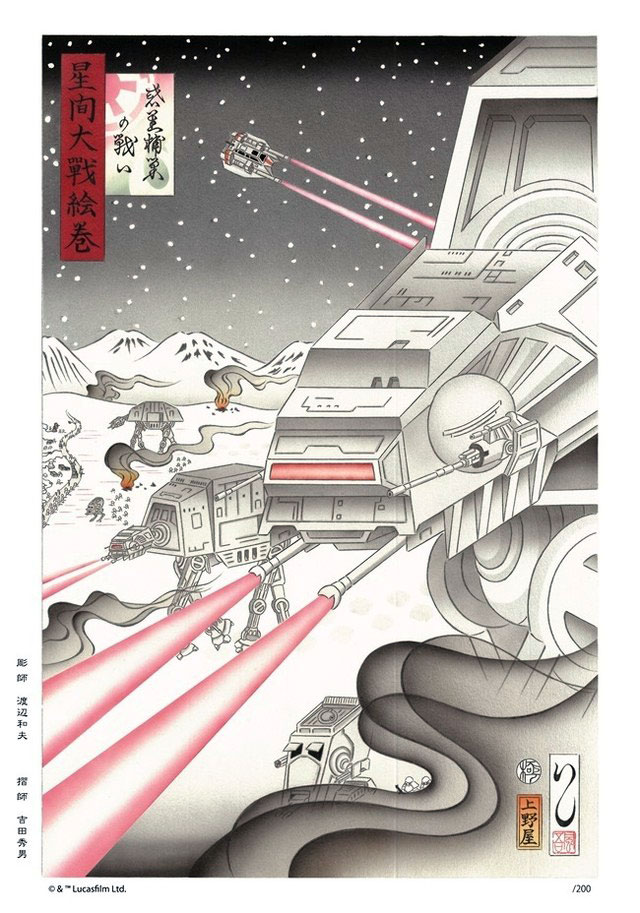 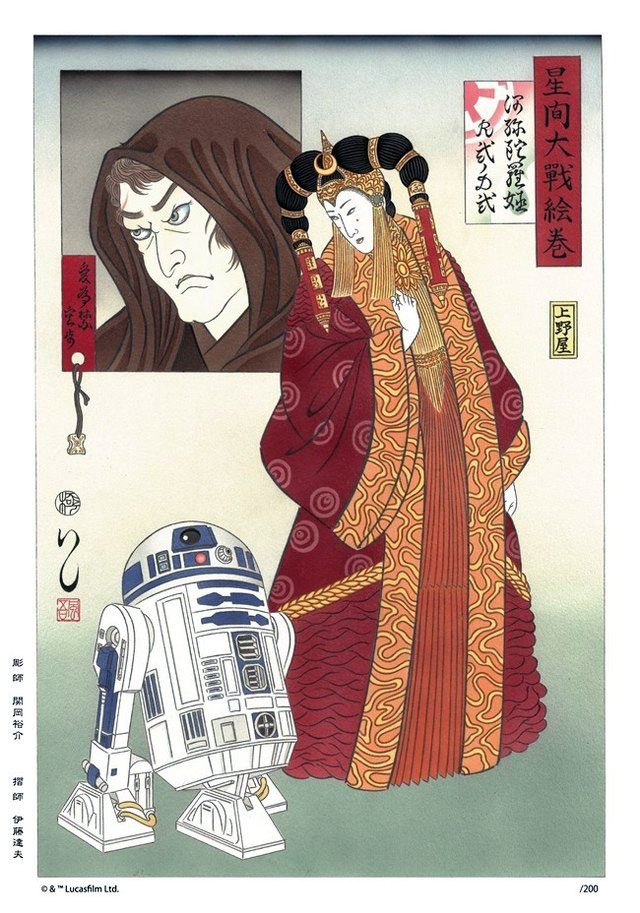 It seems fitting that the revival of a traditional Japanese art should emerge while Star Wars fans are looking forward to The Force Awakens this Christmas. Japanese woodblock prints have greatly influenced art in the West: a famous example is Vincent Van Gogh, who collected and studied them. Alongside that, Stars Wars is clearly a phenomenon in film history. The Force Awakens and the Rhythm Force Project almost feel like a Christmas present this December, especially for lovers of film, art, and Japanese culture.