Kimiaki Yaegishi is a Tokyo-based illustrator who has garnered a large following, both domestically and abroad, through his nonsensical, sexual and surreal imagery. Born in Iwate Prefecture, Yaegishi got his start by creating illustrations for print and web publications. However, instead of relying only on commercial work he continued to create his own brand of comical illustrations, with commonly reoccurring motifs like bikini girls, pizza, and panda bears or the occasional Alpaca.
He also happily throws creatures from traditional Japanese folks tale into the mix, such as the frog-like Kappa, the long-nosed and red-faced Tengu or “Golden Boy” Kintaro. See above illustration for almost the full line-up – combined as odd family – Michael Jackson, Bikini Girl, Kappa, Kintaro and a little piggy. 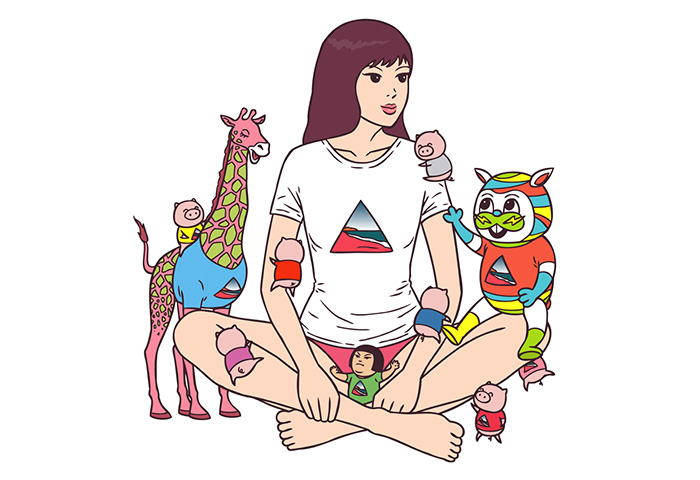 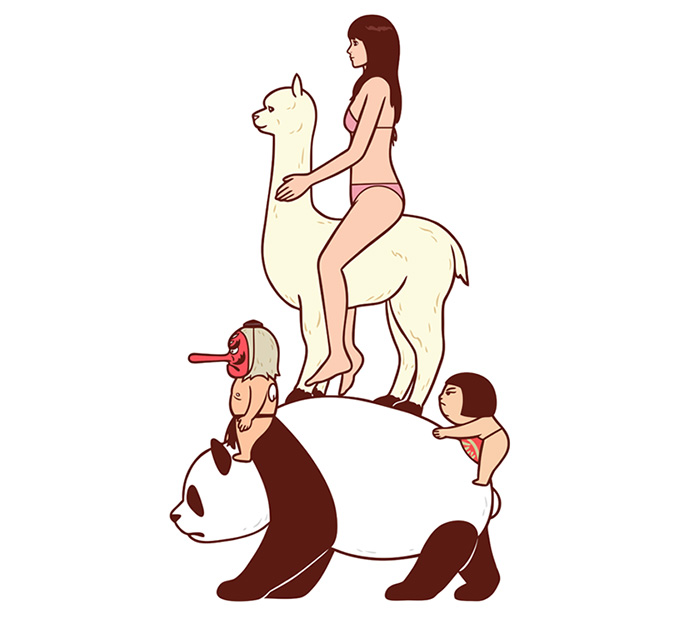 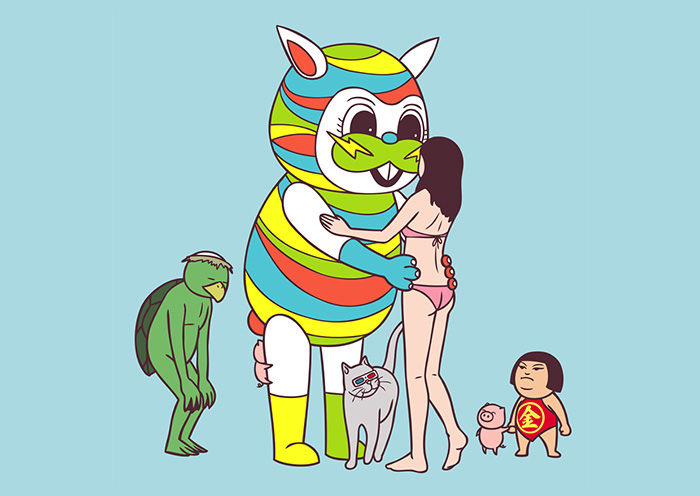 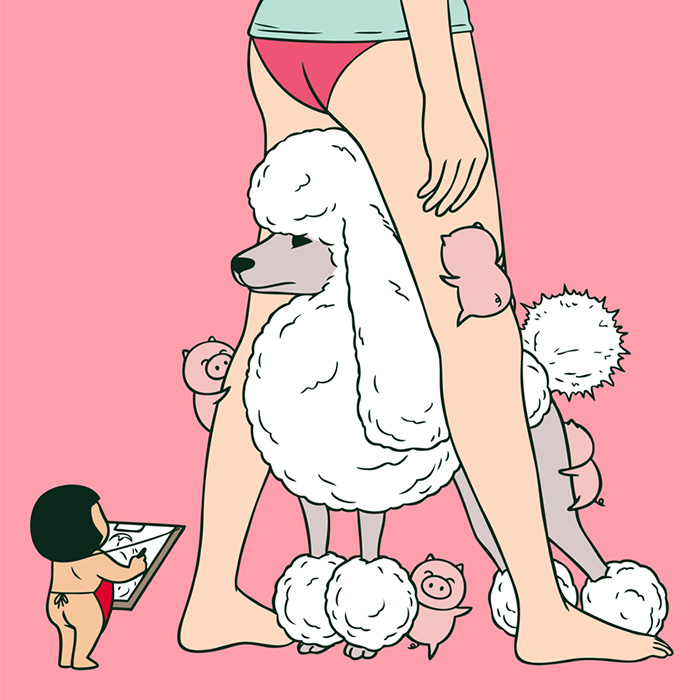 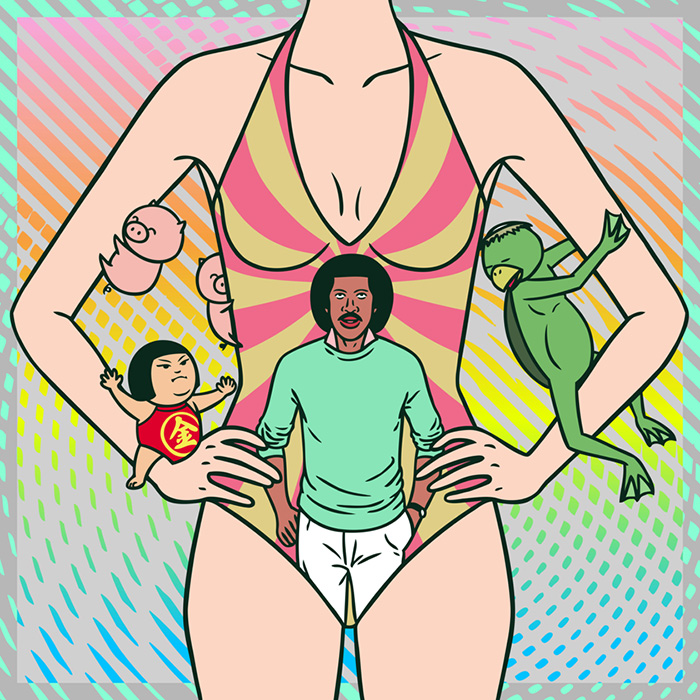 I’m Kimiaki Yaegashi, an illustrator working in Tokyo. In addition to my personal work and exhibitions, I do illustrations for ads and magazines.

I wanted to work as an illustrator since childhood. When I was in high school, I realized designing on my own was the best way to showcase my work.

When I turned professional, I handled both illustration and design work for a while, but now, I focus on illustration, which is my true passion since childhood. My earlier work experience in design has been very useful.

Below selected illustrations from the “Pizza” series, probably one of his most well-know work. 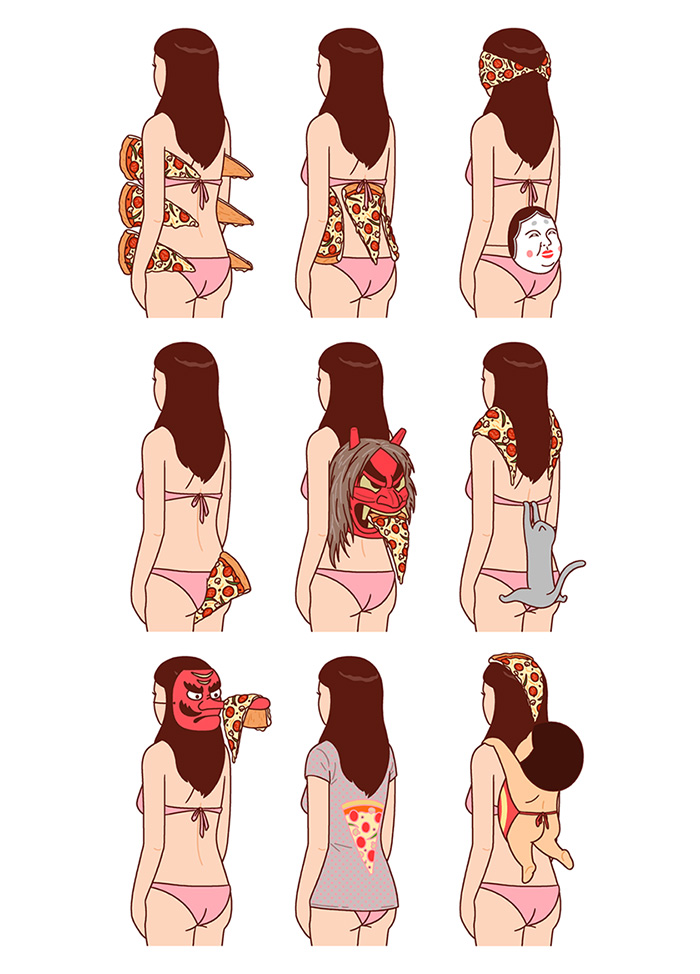 Back in May, I did my very first exhibition in Berlin, called ‘Octagon‘. It was a part of the international festival Pictoplasma, so visitors came from all over the world and watching them enjoy my work assured me the power of illustration, its ability to communication beyond words. 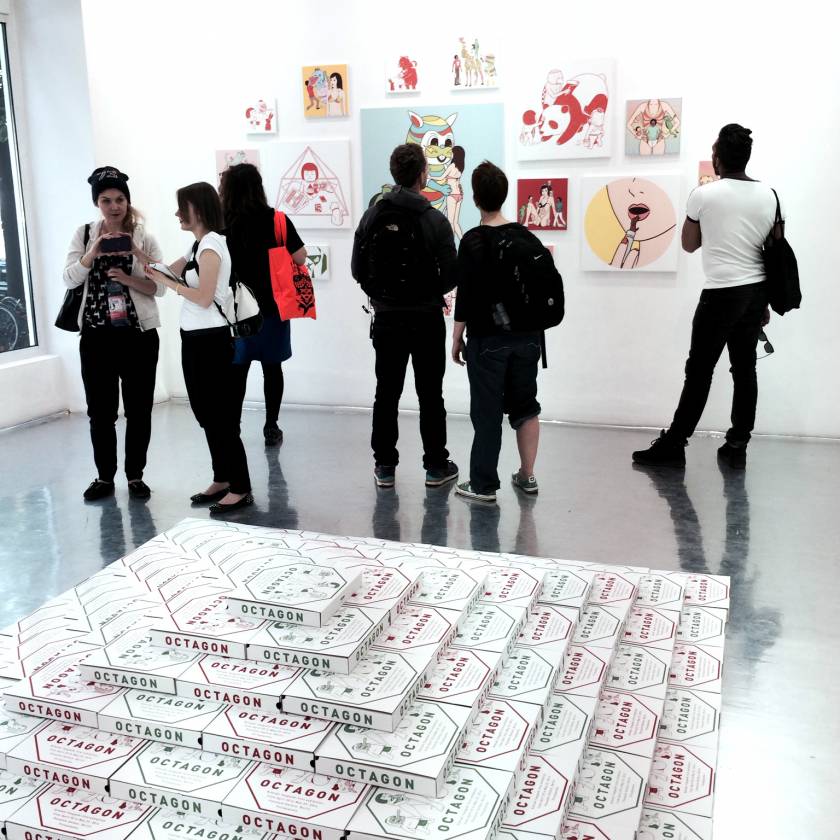 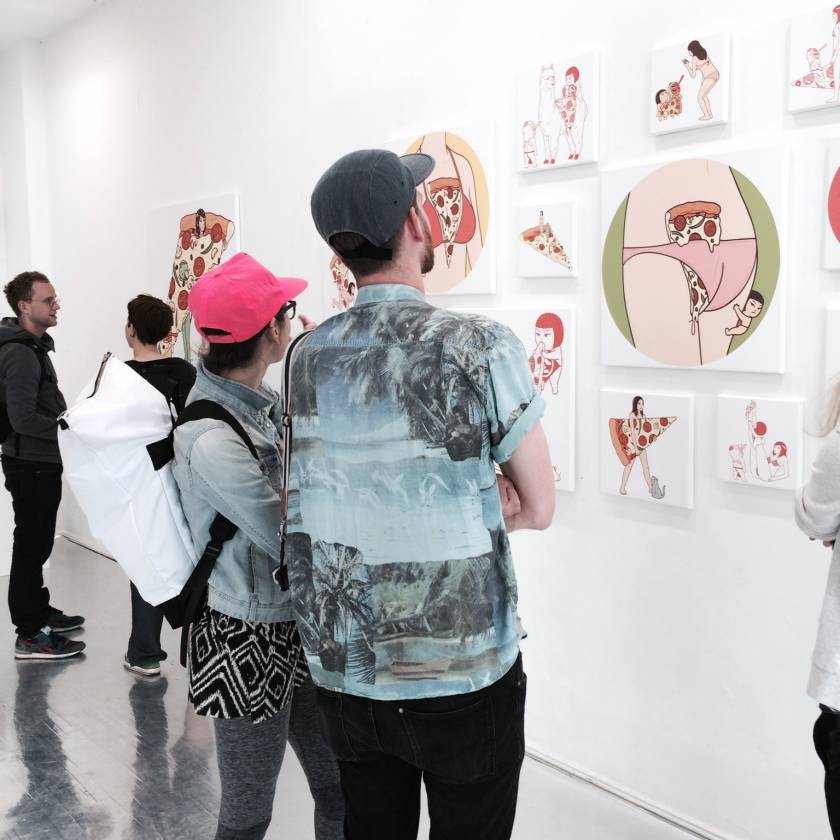 What are you thinking about

There are many Japanese creative talents who are not exhibiting work overseas because of language barriers. Apparently, Skype is going to release a real-time automatic translation software. Accurate translation will deepen communication between Japan and overseas and allow more exchanges.

I have been working in Kichijoji [a part of Tokyo] for the past 10 years. I feel comfortable because it has the right balance of urban and nature. It’s conveniently located from other areas so I can easily get around without dealing with stress. 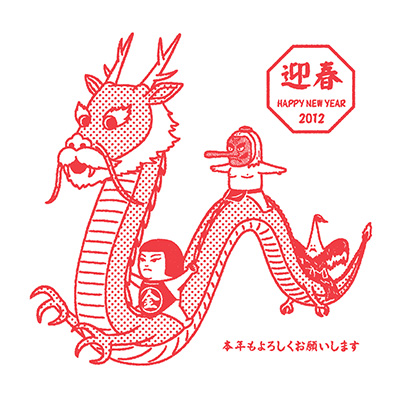 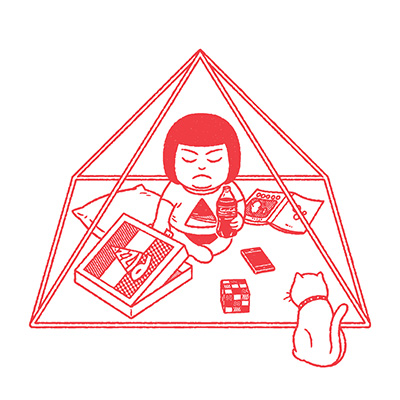 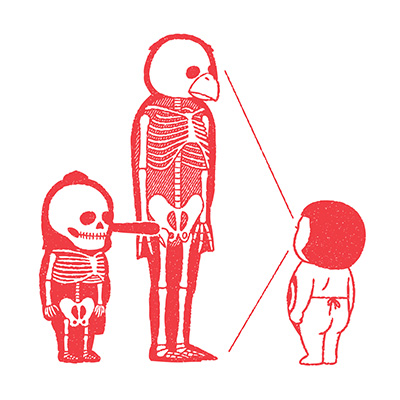 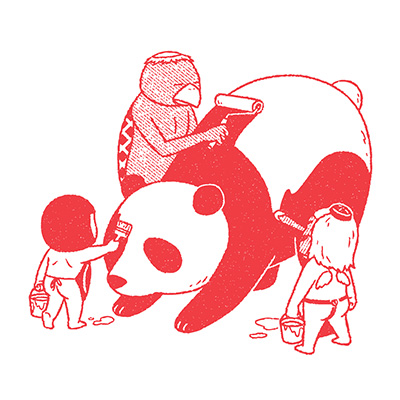 I mainly use Photoshop, Illustrator, and Wacom’s intuos. If there’s a device that instantly visualizes my ideas, that would be helpful in dealing with tight deadlines, but that would take away all the fun of creating, so I would like to continue doing my work as it is.

Some of Kimiaki Yaegashi commercial work includes illustrations for the ILC (International Linear Collider) or product designs for Beams: 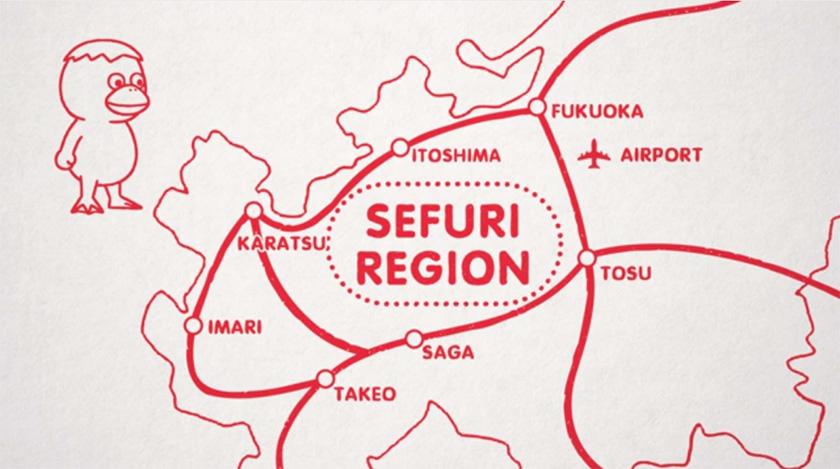 The exhibition in Berlin with thousands of visitors from all over the world enjoying my work really encouraged me. The experience was a compilation of my work, but also meant a new beginning, so it was a very valuable turning point for me. 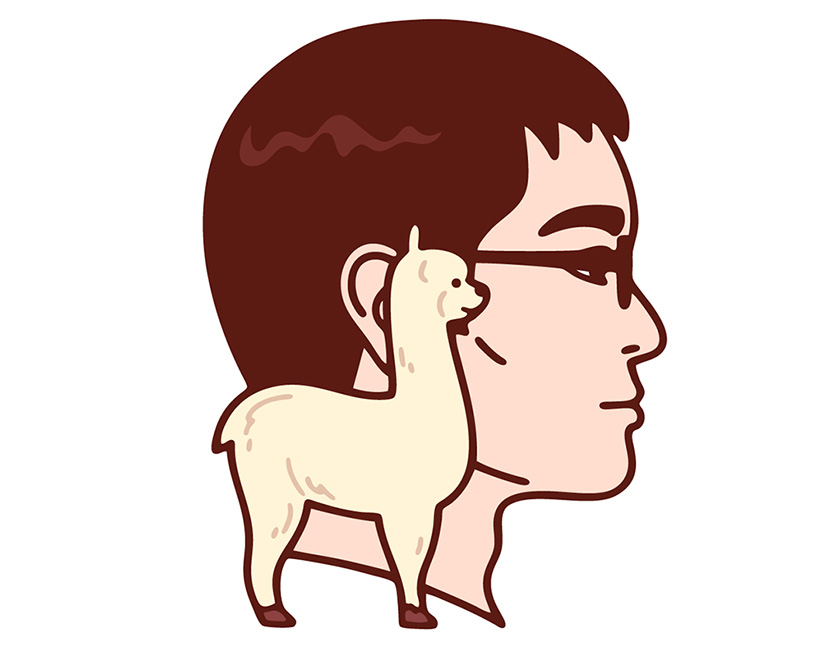 You can reach Kimiaki Yaegashi under his main website and several others social networks: 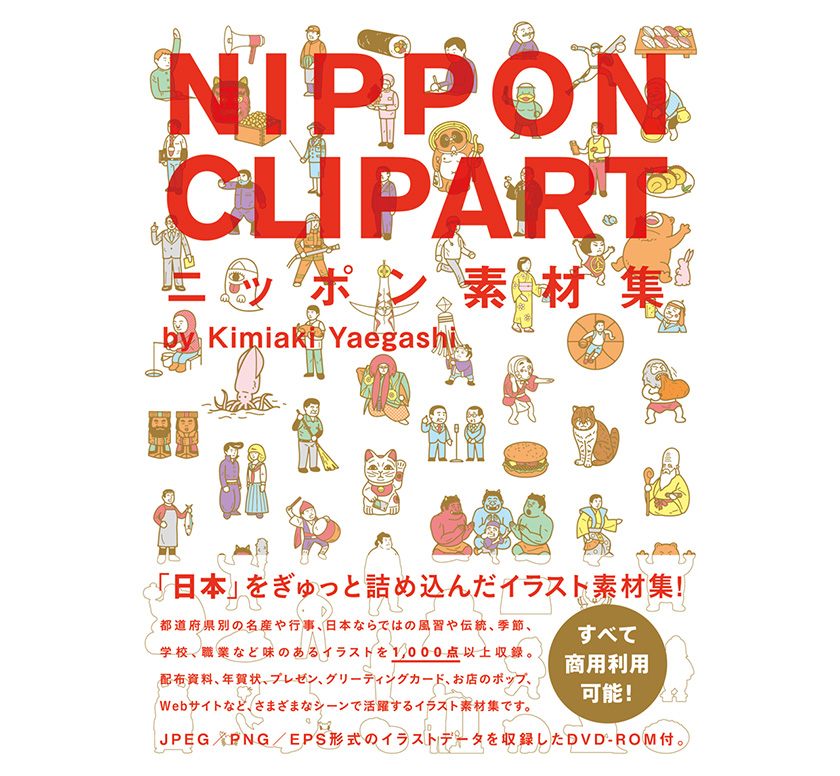 We highly recommend his Nippon Clipart book, which contains a giant collection of objects and characters from Japan. In fact we are using some of the characters on DMIJ. You can order it on Amazon:
http://www.amazon.co.jp/dp/486100893X/ (no affiliate link).

A huge thanks to Kimiaki Yaegashi for providing all the great images and for the interview. We wish him all the best for his upcoming illustration adventures!