The only reason I know who Eli H. Hotchkiss is, is because I lived in Japan. Let me explain. In Japan the word for stapler is Hotchkiss (pronounced hochikisu) and is named after the man who first imported these never-before-seen paper fasteners to Japan. So as you can imagine, Japan has a keen affection for the stapler (in fact, all stationary) and the device has gone through various iterations and redesigns. But the most recent one, by stationary company Kokuyo, is a radical one. 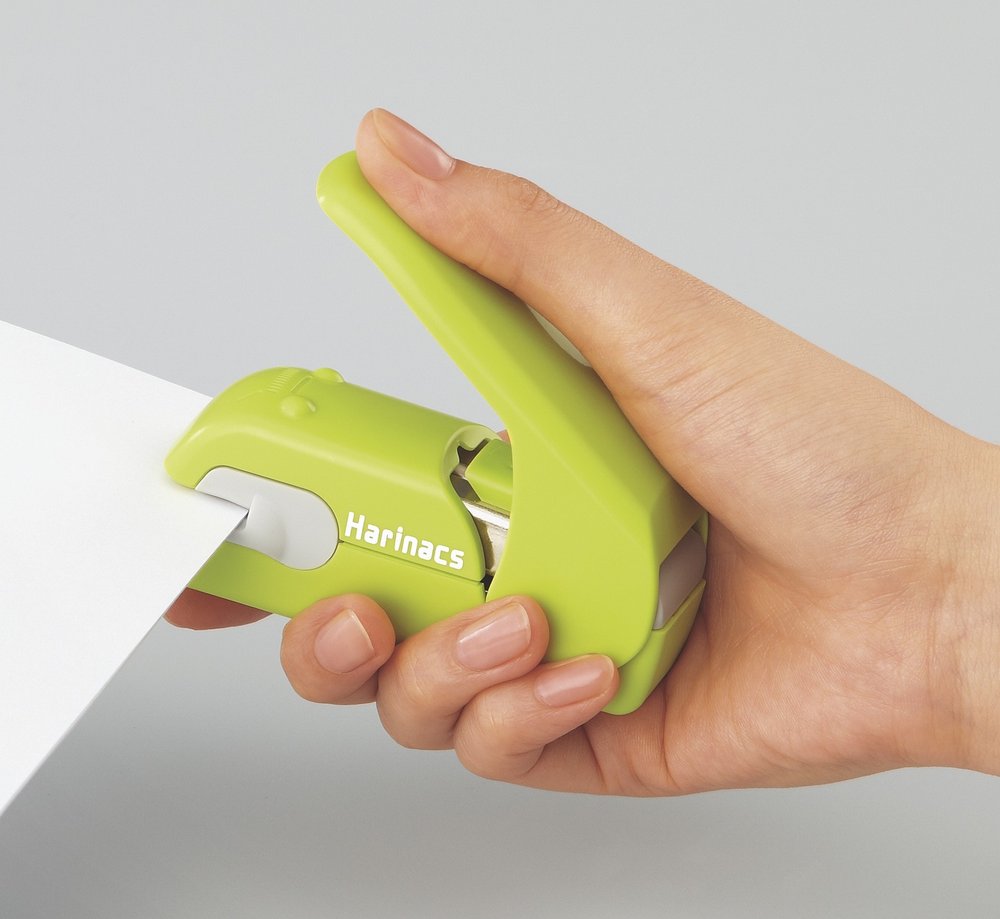 True to its name, the Harinacs – a portmanteau of the words hari (needle) and nakusu (to lose) – does away with the staple completely. The mechanism comes with a set of interlocking metal teeth that, when pushed down over several pieces of paper, binds them together without damaging the paper. (Although admittedly the name in English leaves something to be desired) 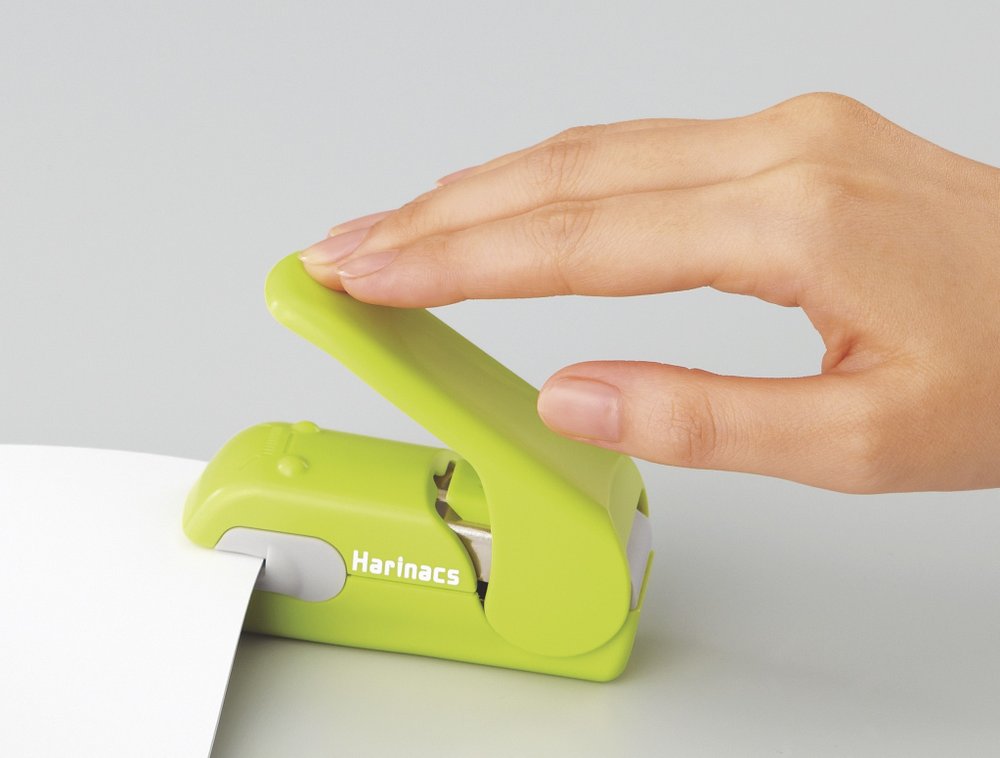 The Harinacs is actually a redesign of a similar mechanism that the company had released back in 2009. The product, which does away with staples by opening hole and threading the paper together, proved to be a hit and the company sold over 6 million units. However, users voiced their opinion that they would like a device that doesn’t damage the paper. The company listened and now we have the Harinacs. It’s available for 1100 yen. 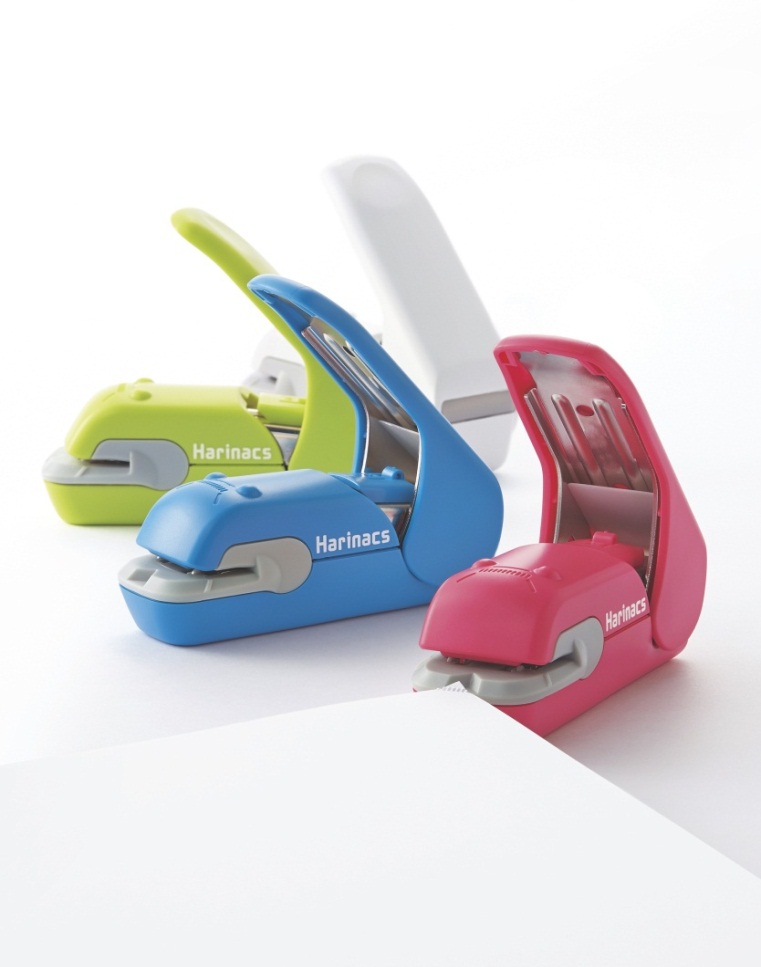