The rainy season has finally ended and Tokyo has officially entered summer. That means hot rays of sun that send you running for shade and humidity levels that seem to only quench one’s energy. So if you’re looking for activities once the vicious sun has set, here’s an idea: head to the zoo.

That’s right. This summer Tokyo’s Ueno Zoo – for a limited time only – is keeping it’s gates open 3 hours longer so that visitors can enjoy the rare experience of walking through the wilderness at night; or at least for us city folk, the closest thing that comes to wilderness.

For the special night time viewing, which is only open between August 9 -17, the Nippon Design Center has created a series of posters to publicize the event. The artwork portrays animals in an ambiguous state that blurs the lines between human-induced captivity and wilderness. “When the sun sets, cages and nets become less visible, heightening the sensation that you are there with the animal,” says art director Haruka Misawa. “It was actually a little scary.” 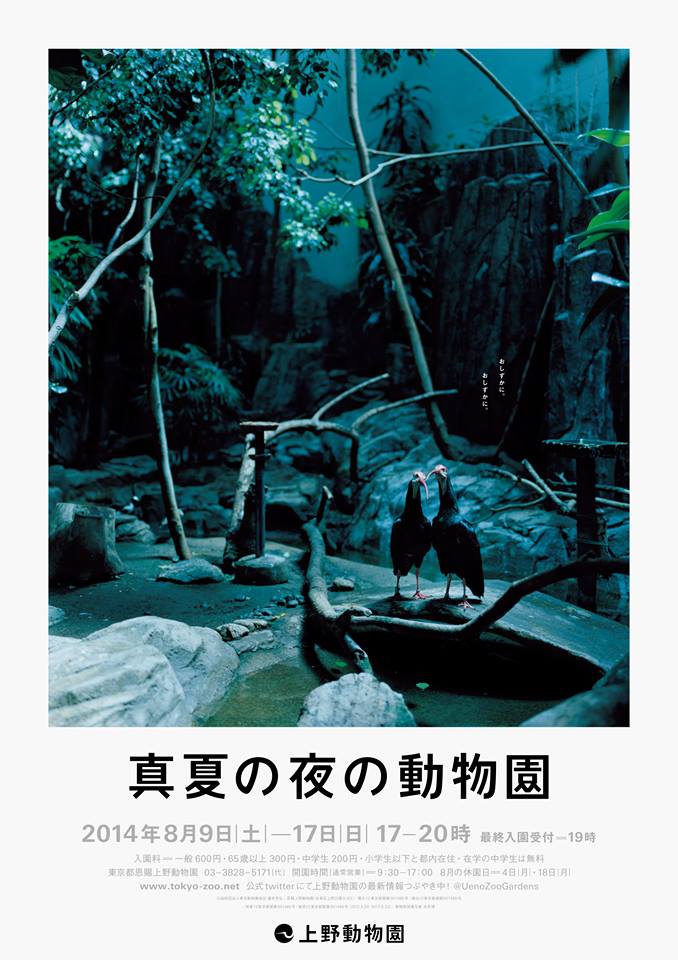 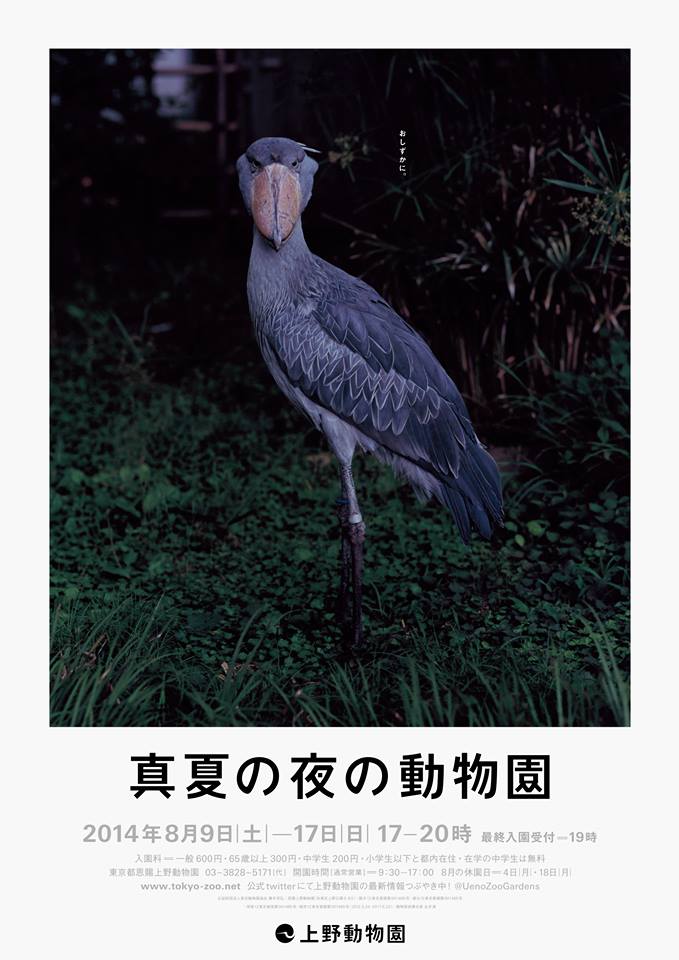 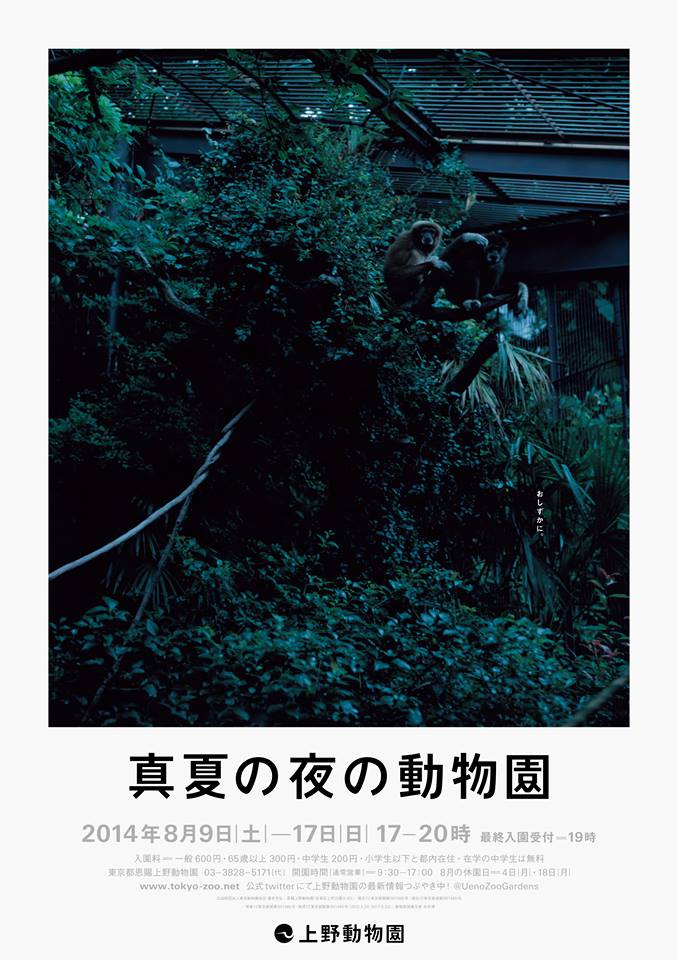 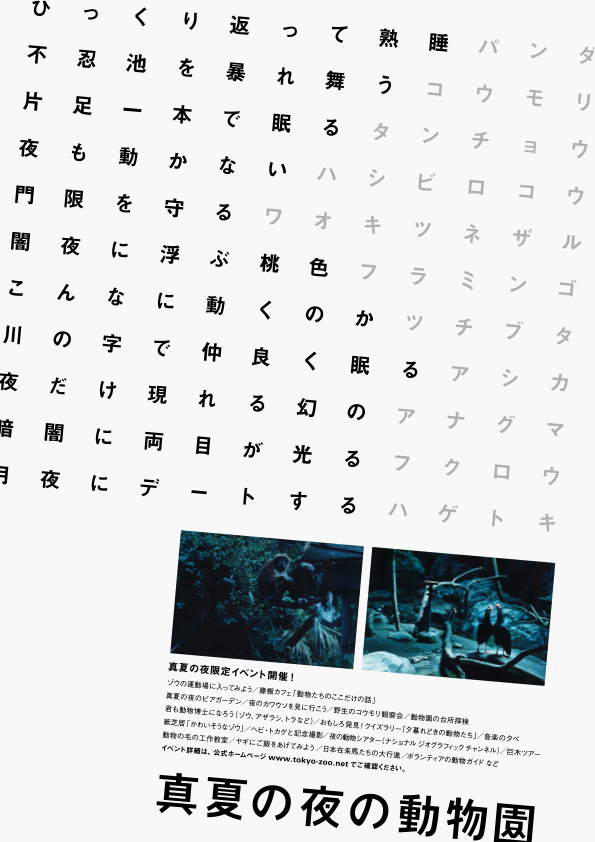