Disclaimer: The text and photos of this post are excerpts from Moji no Hakkutsu / 文字の発掘 a small, as-yet unpublished zine of photos of vernacular signage, lettering and street typography in Kyushu in the south of Japan.
It was created as a gift for the backers of Ian Lynam’s Kickstarter campaign for his upcoming book “Parting it out”. It features a number of essays about graphic design in Japan, Japanese graphic design history, and a lot more! Check it out and also download Moji no Hakkutsu / 文字の発掘 in either screen-friendly PDF format or as a ready-to-print booklet at the link above. 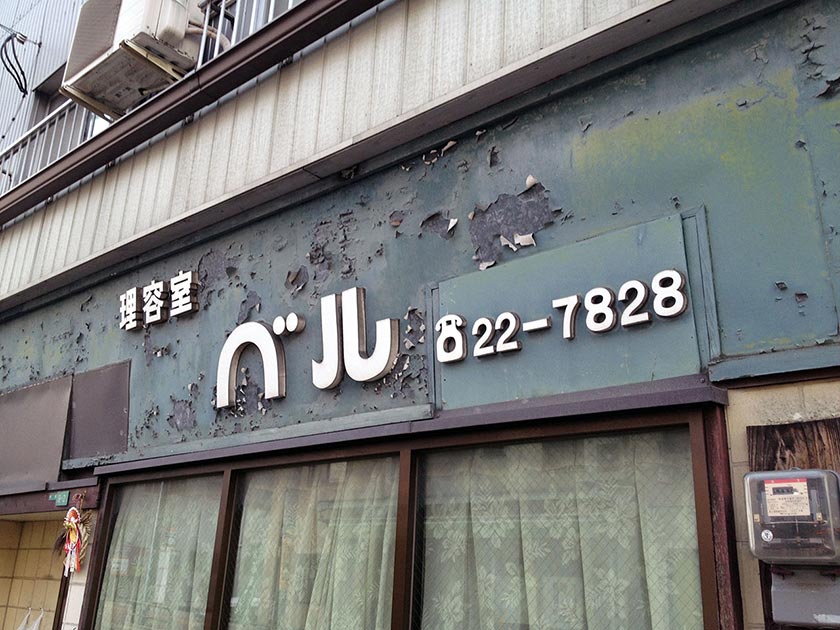 Izuka is a former mining town in Fukuoka Prefecture. It is famous for having a historical theater, and for being the hometown of Aso Taro, an influential and thoroughly flawed politician. It is a small city whose decline is consummate – most businesses are shuttered and most young people move away. It is the city where my wife’s parents live. Their house is increasingly surrounded by empty lots as neighbors die, move to retirement homes, and property goes unsold or unlent. It’s my father-in-law’s ancestral home—he ran his father’s fish market here after he did, married my wife’s mother here, did great business together, raised two amazing daughters with patience and tolerance, and retired in grace. He’s still a volunteer fireman and a heck of a great guy—quick with a joke and patient in prolonged explanations of the niceties of the anatomy of fish with his son-in-law. 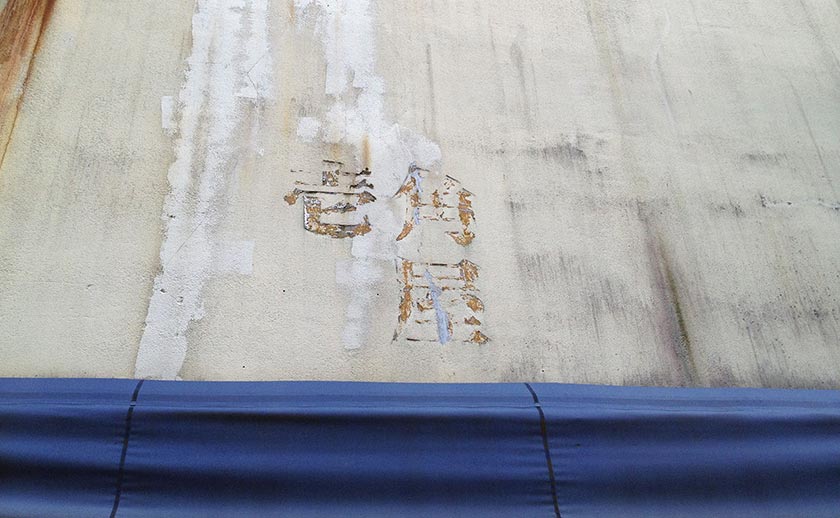 During Japan’s economic bubble of the 1980s, Iizuka was a boom town, much like most of the country. The downtown was filled with bars and restaurants, which were in turn filled with people. Then, the speculation was discovered to be merely that—pegging land value against eternal value escalation caused a deep crash that dug out huge economic chasms which the city has no foreseen hope of filling. 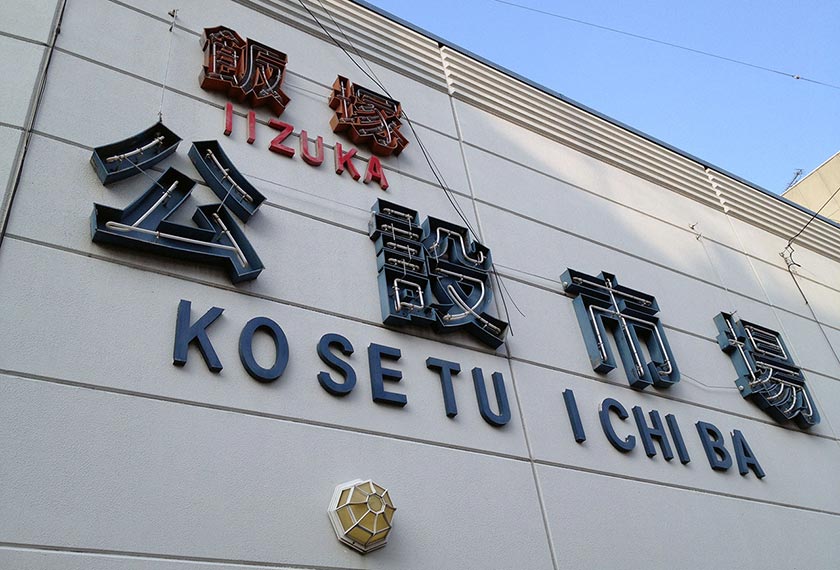 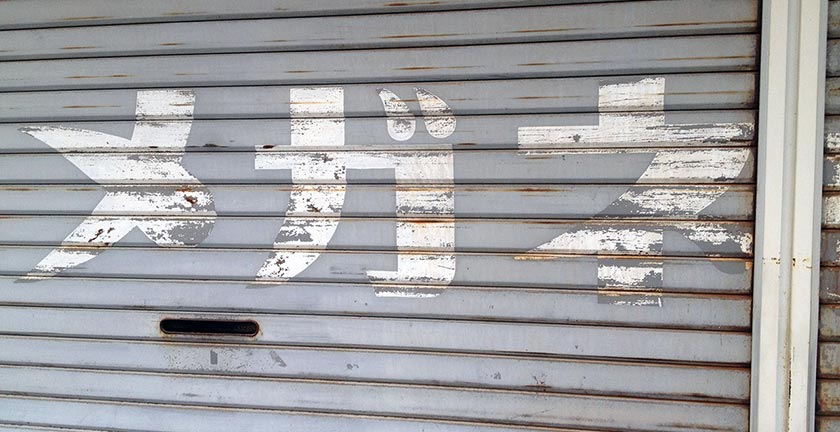 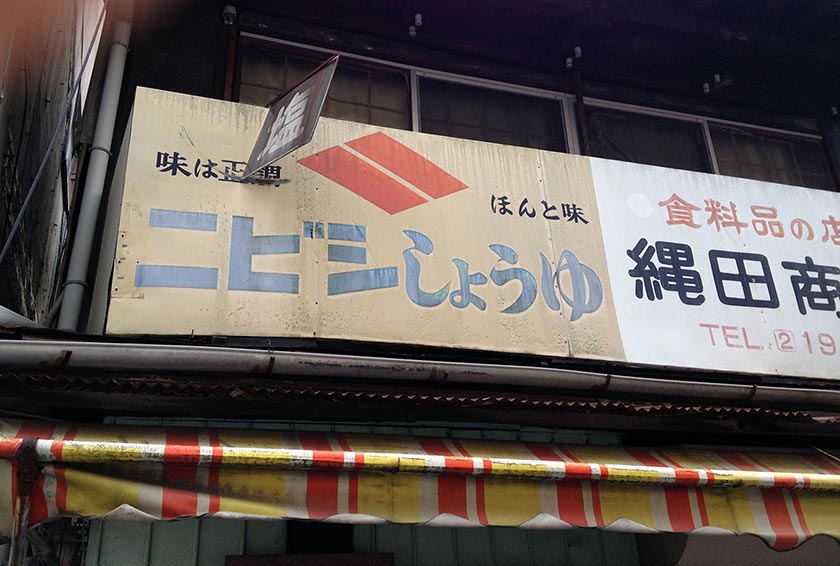 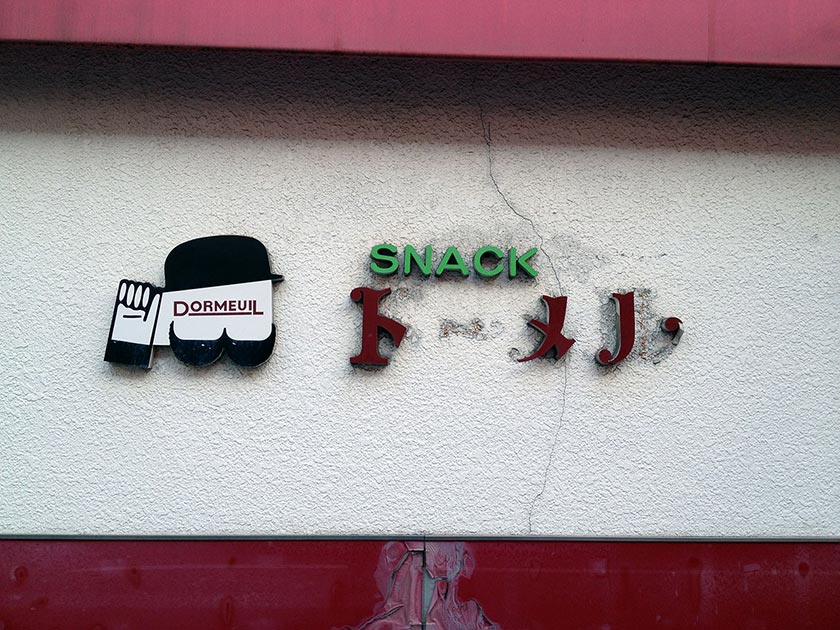 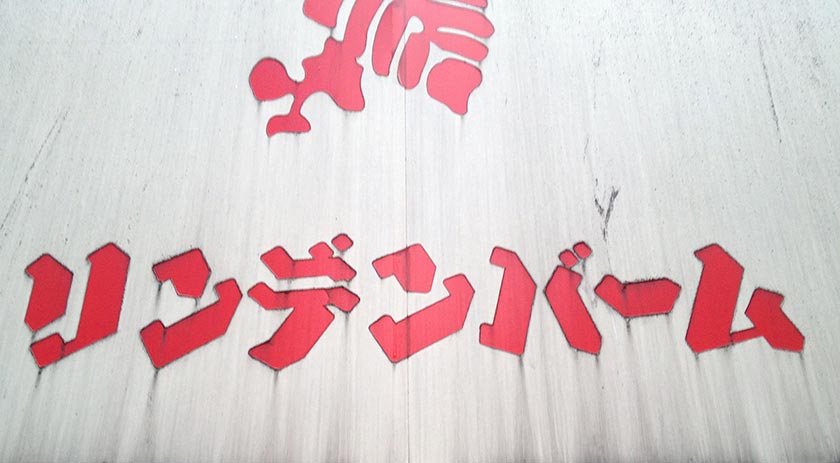 The signage-scape left in the wake of the 1980s is both a paean to more bountiful times and a testament to the creativity that existed in those years. One can read the signage vernacular in Iizuka easily if one looks—references to other times abound: pre-War POP lettering, Art Deco, 1960s and 1970s phototype, the shoto calligraphic tradition, whiskery higemoji, and so many others. A stroll around town is a veritable ride in a time/style machine. It’s something I love, just sanpo-ing1 around Iizuka and taking in the literally faded glory—the wind- and sun-blasted letters made of paint, wood, plastic, vinyl and metal. There is history here—one that is as rich as the coal mine that formerly supported the town’s economy. You just have to look to see it. There is also life, and for that you don’t have to look far. Weekend nights, notably this Saturday night the 4th of January, the bar around me is filling up—folks unwinding at the start of a new year and nearing the end of their Oshogatsu2 vacation. It’s a nice place to be. 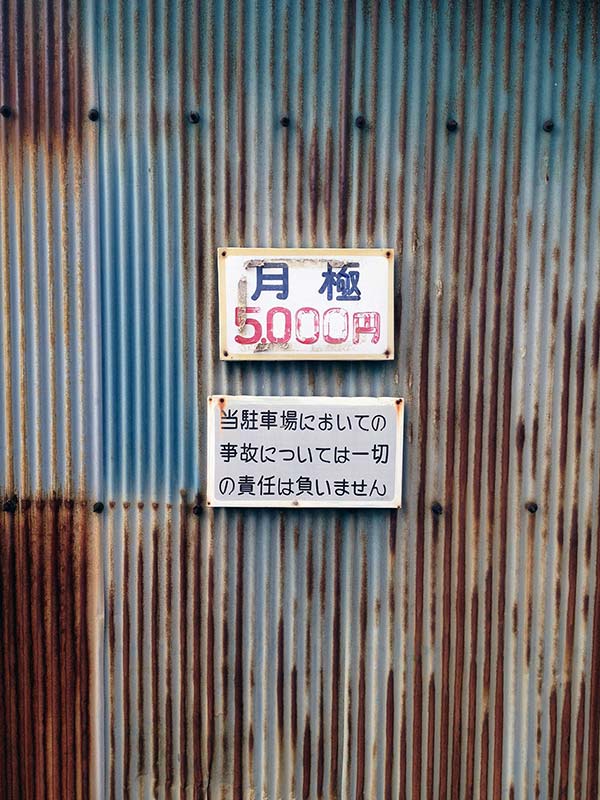 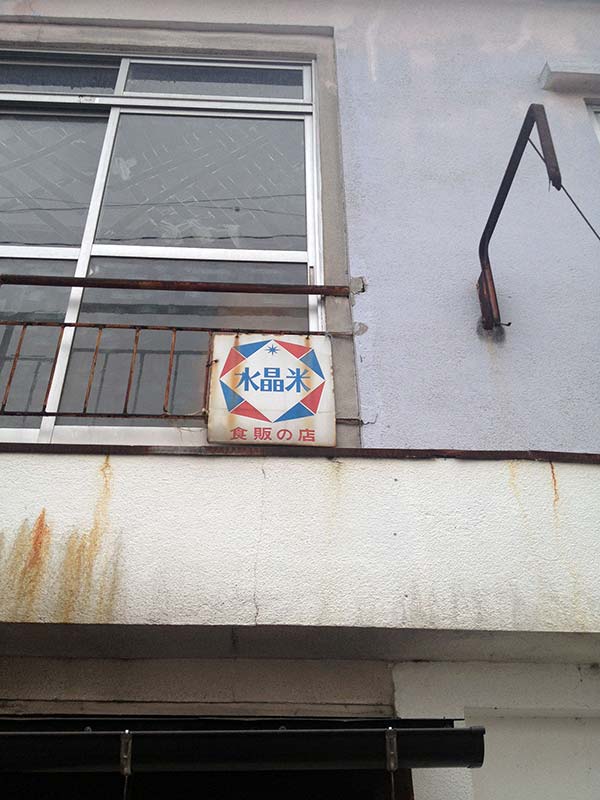 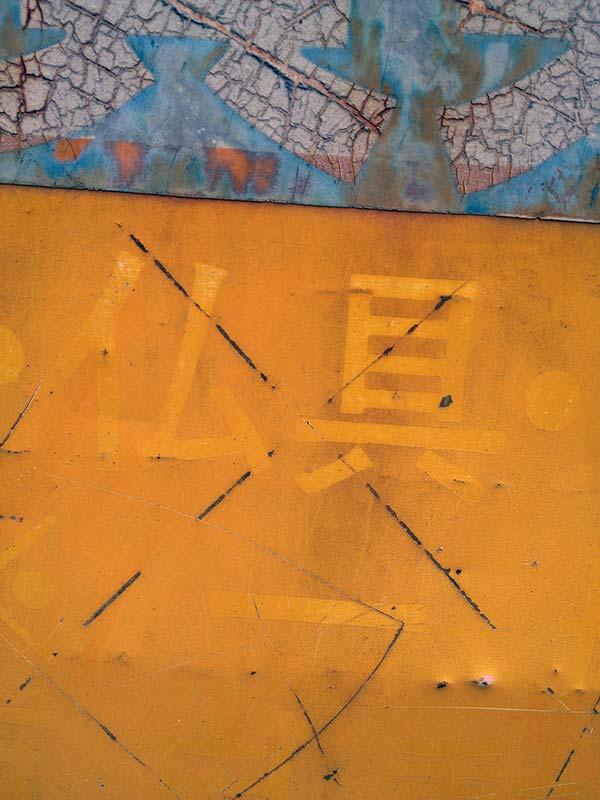 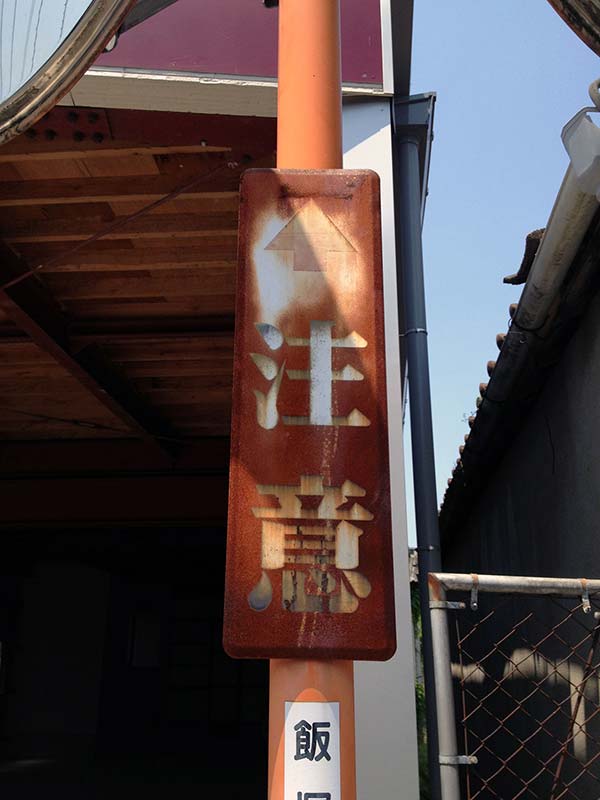 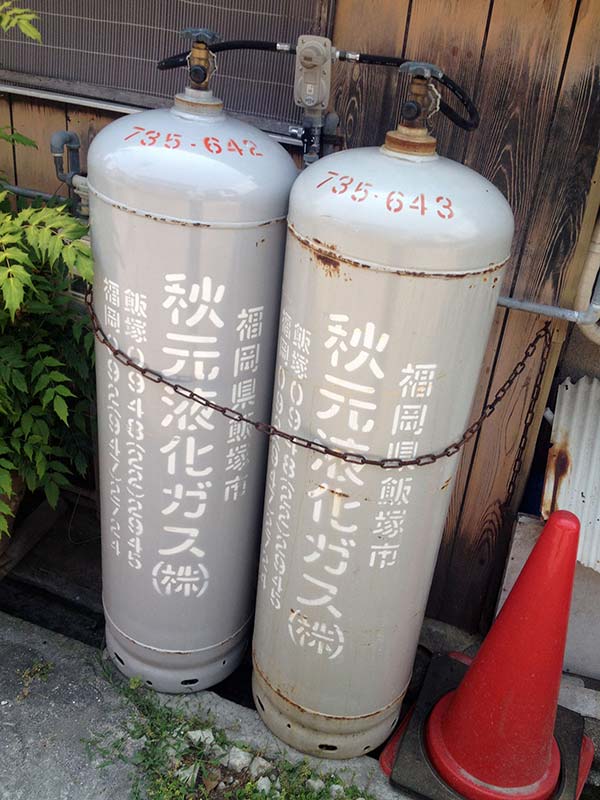 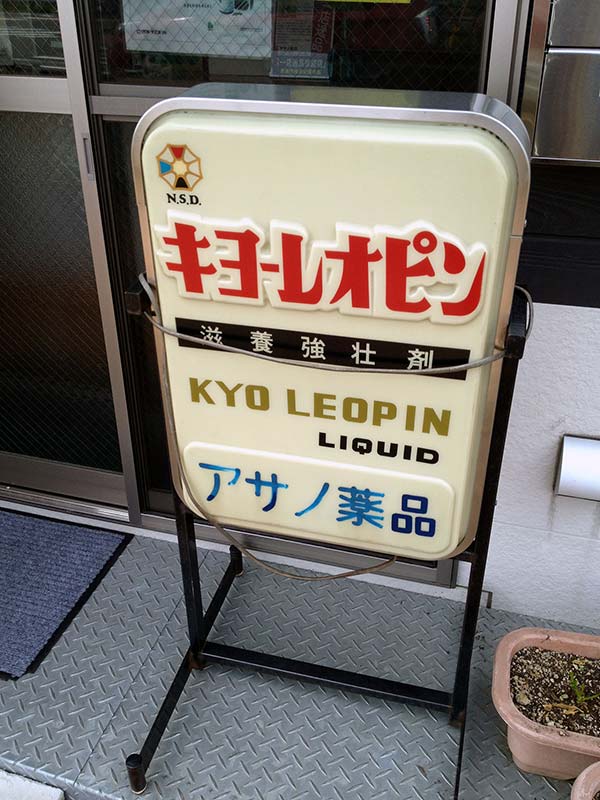 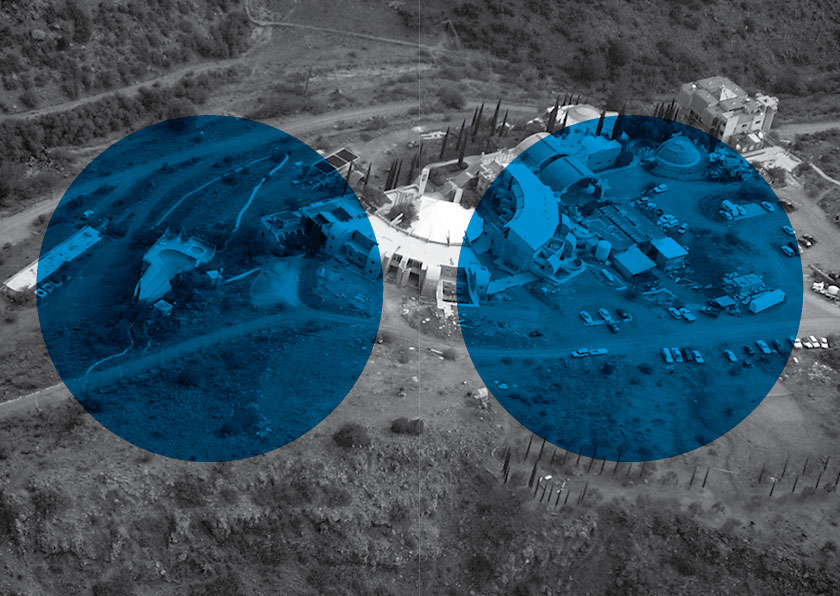 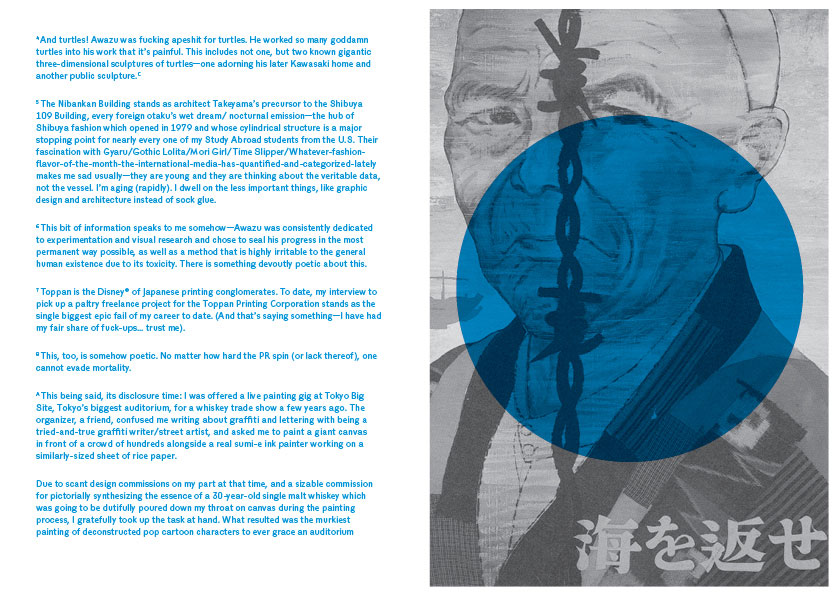 For more information check out the Kickstarter project» 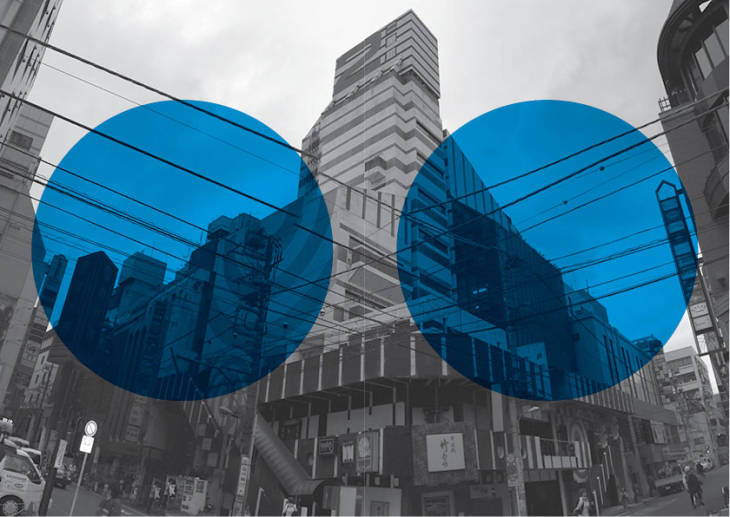 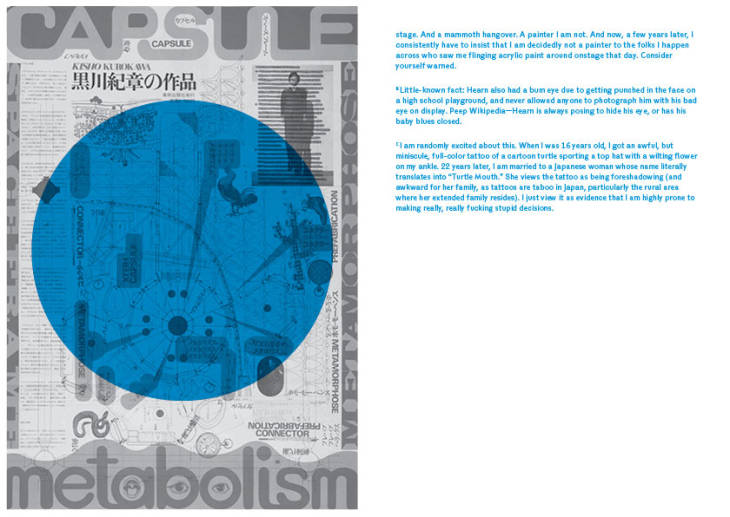 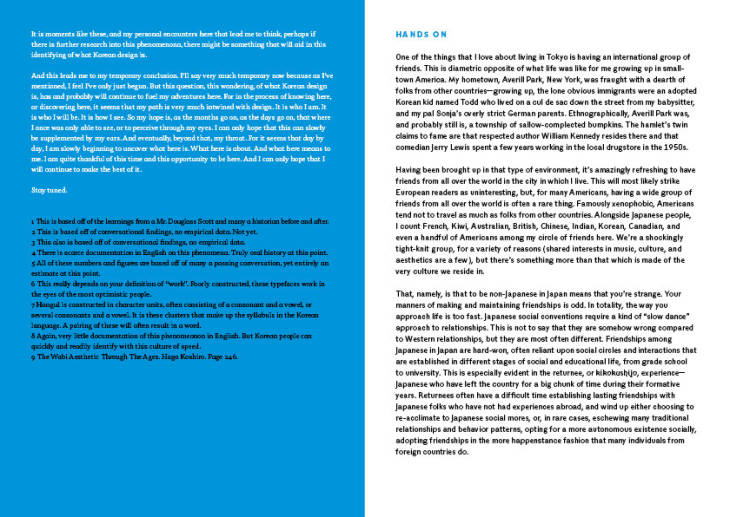 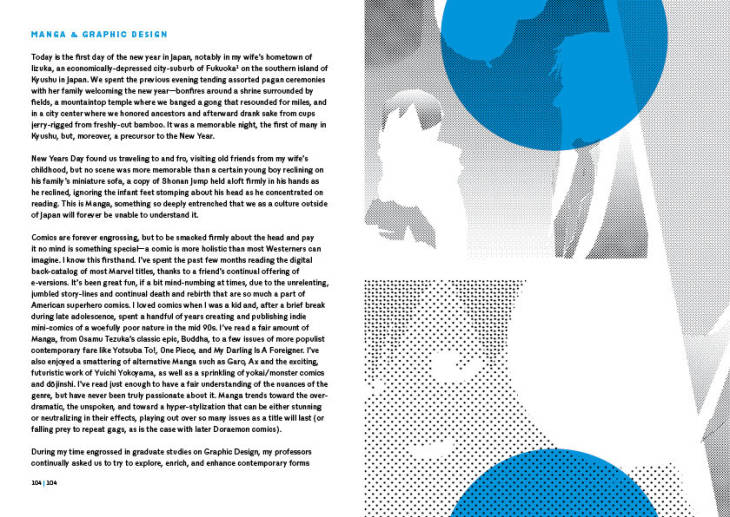