In winter 2012 the Japan Railway East (JR) company started a campaign with the purpose to promote the Tohoku area in Japan after the devastating earthquake and Tsunami of 2011. The advertising campaign runs under the slogan “行くぜ、東北” (Let`s go to Tohoku). Every season new posters appear in the JR stations across Japan with beautiful pictures, aiming to make people dream about travelling to the countryside. The new posters of autumn 2014 season just arrived. 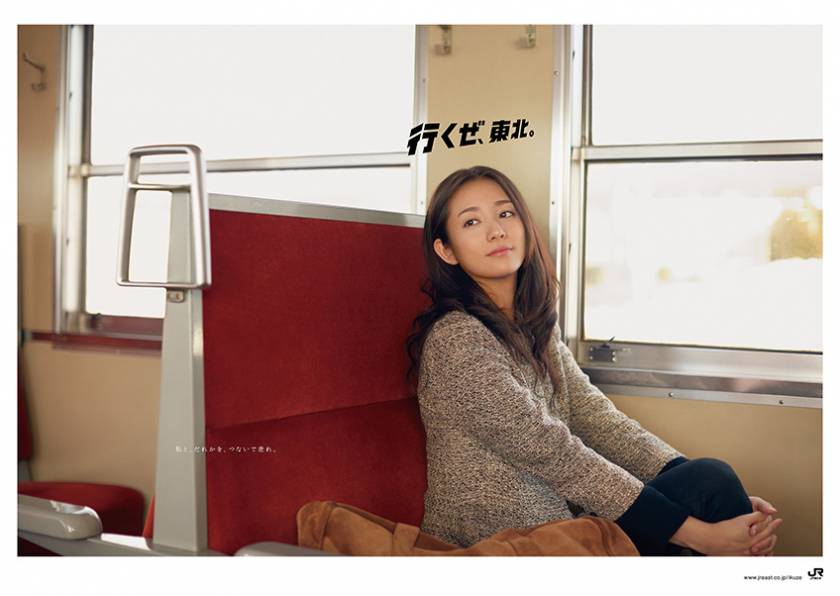 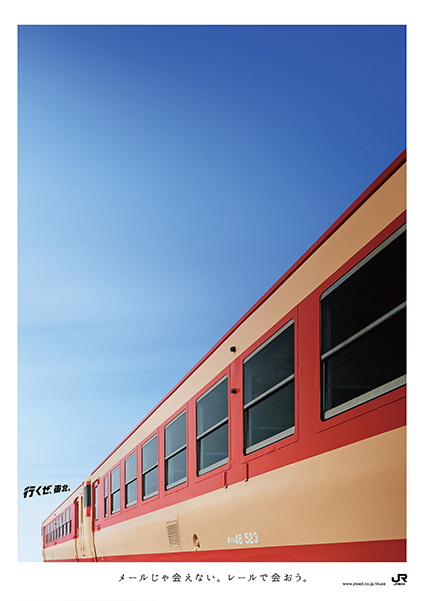 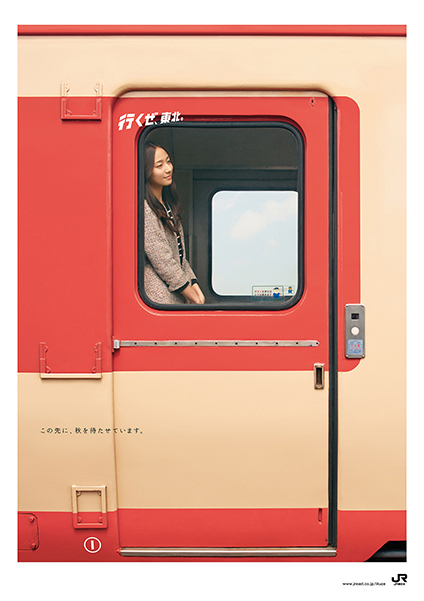 The first campaign in 2012 used a playful design with a touch of soviet constructivism and colours were based on the Shinkansen train cars. 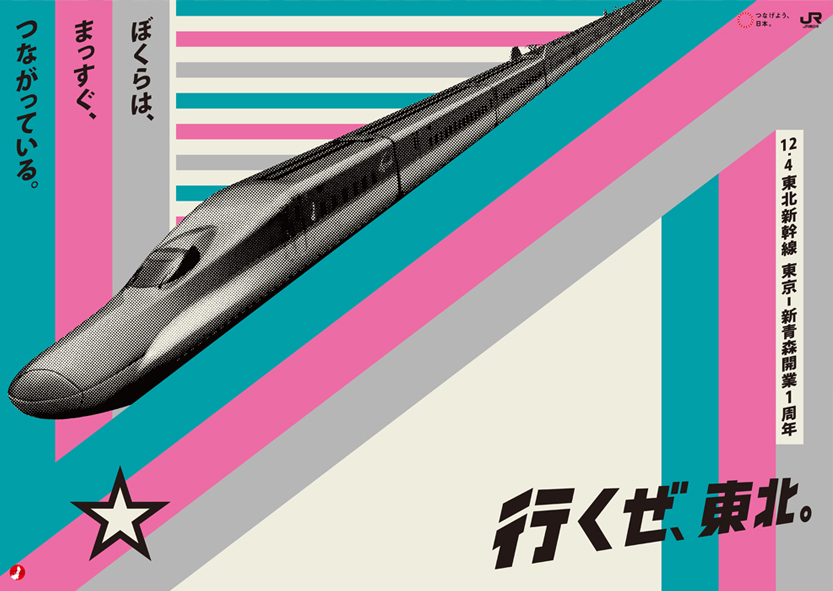 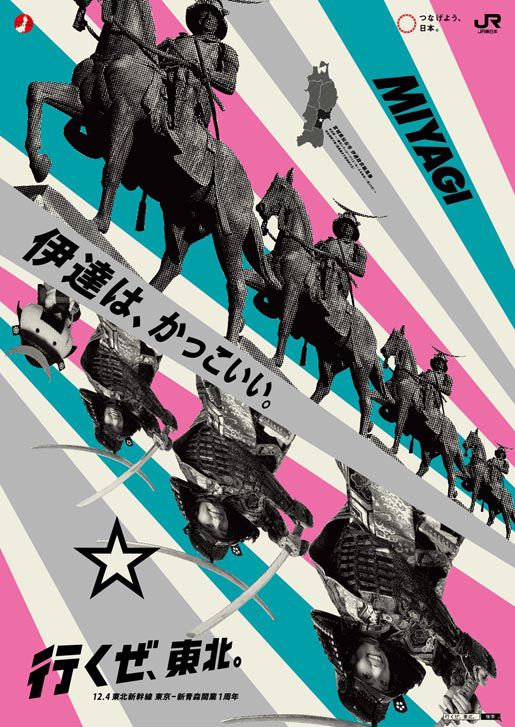 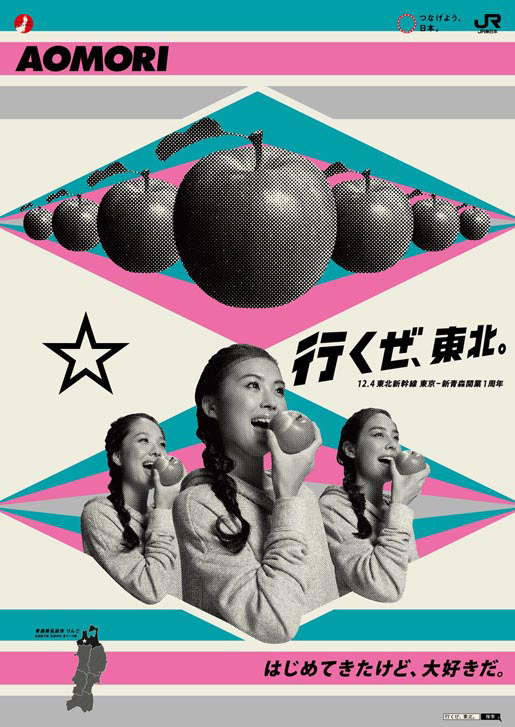 In Fall 2012 the campaign posters moved (or morphed?) into a new direction and started to feature larger colour photos and a reduced focus on edgy graphic design. 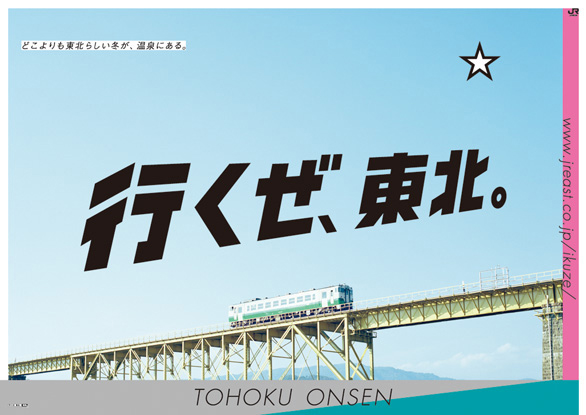 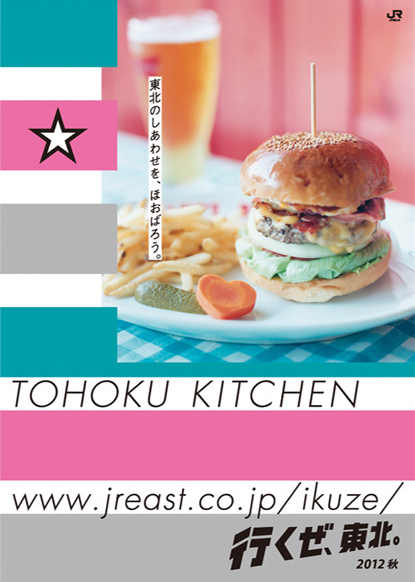 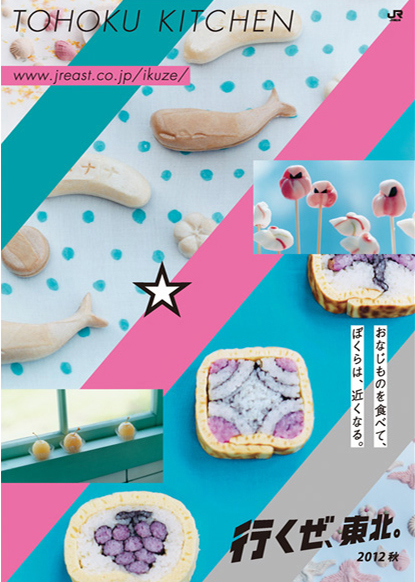 From Spring 2013 a new design was adopted for the campaign with an even stronger focus on photography. Now the design is straight to the point, only featuring the campaign slogan, spacious photos and a tiny line of copy text. The beautiful pictures cleverly capture the mind of the onlooker with the little moments spent waiting for the train, dreamily looking through the windows of the moving train or the train cars moving through stunning landscapes. 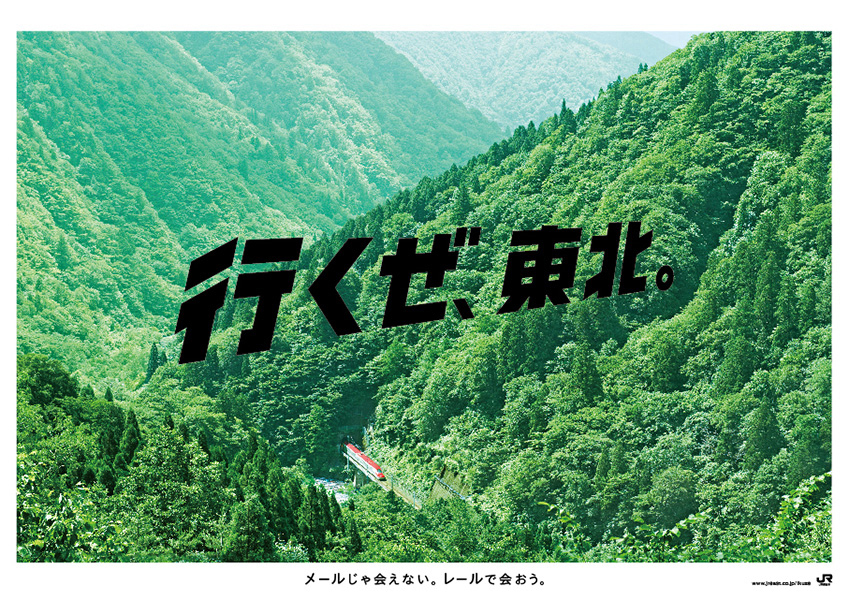 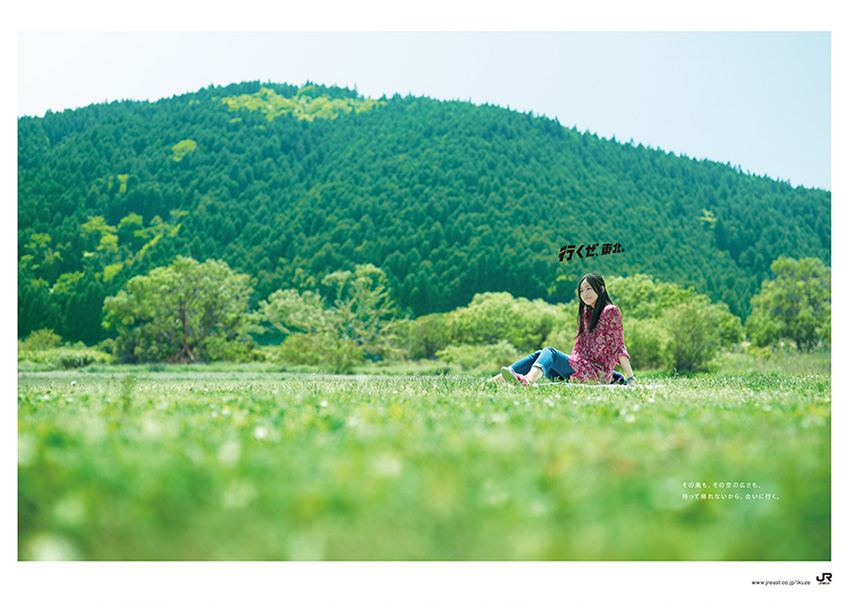 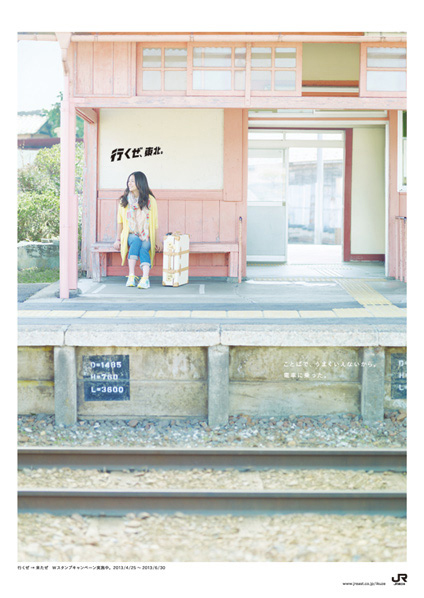 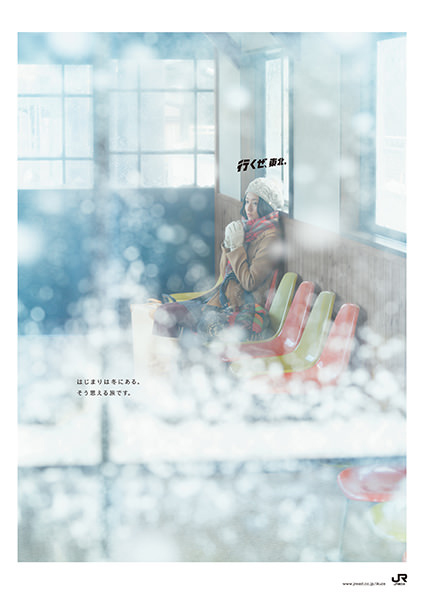 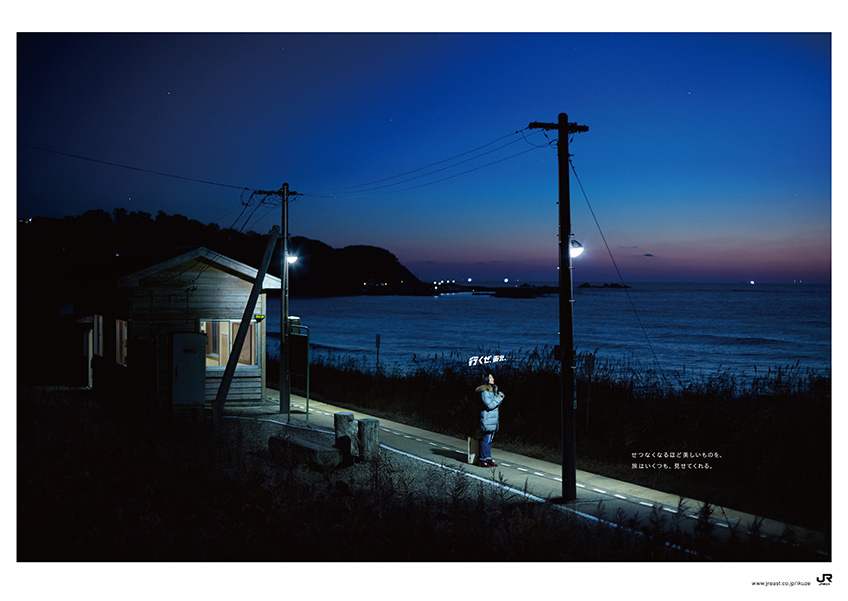 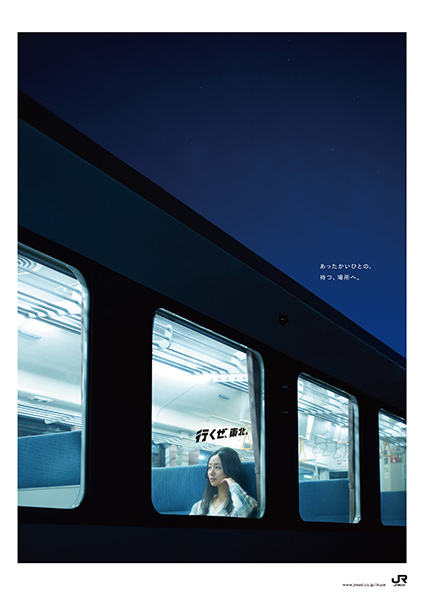 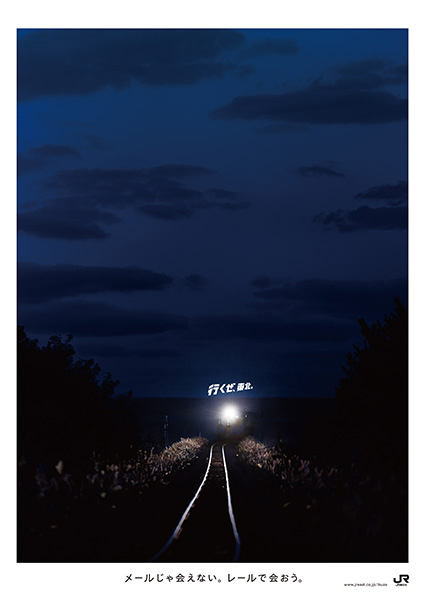 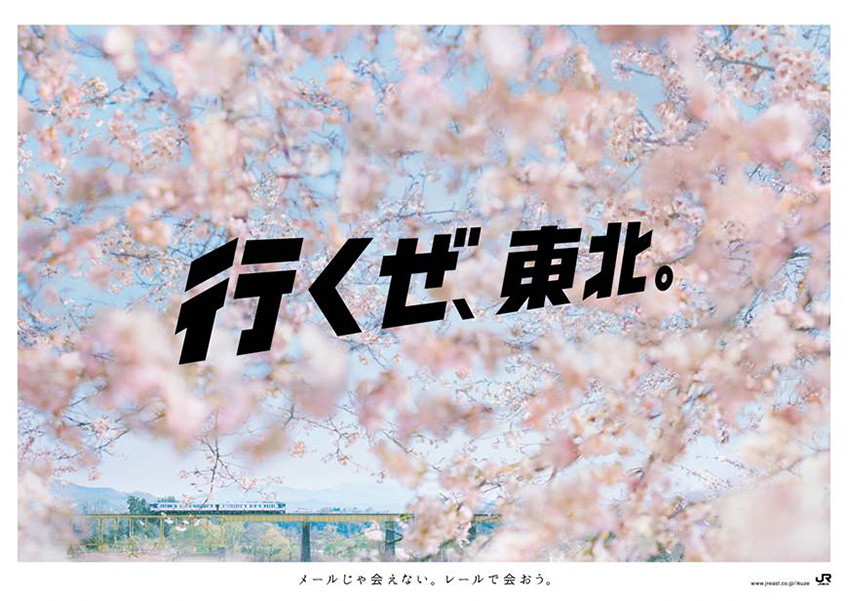 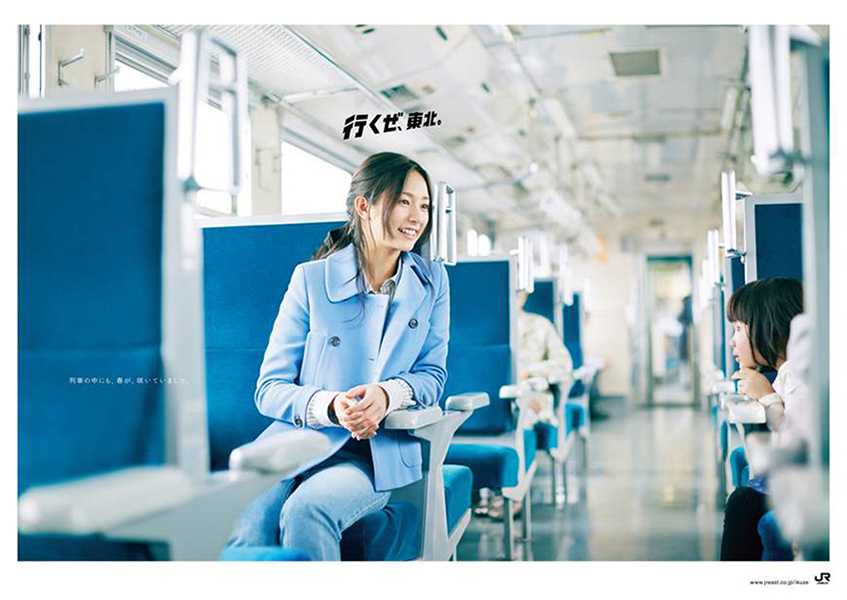 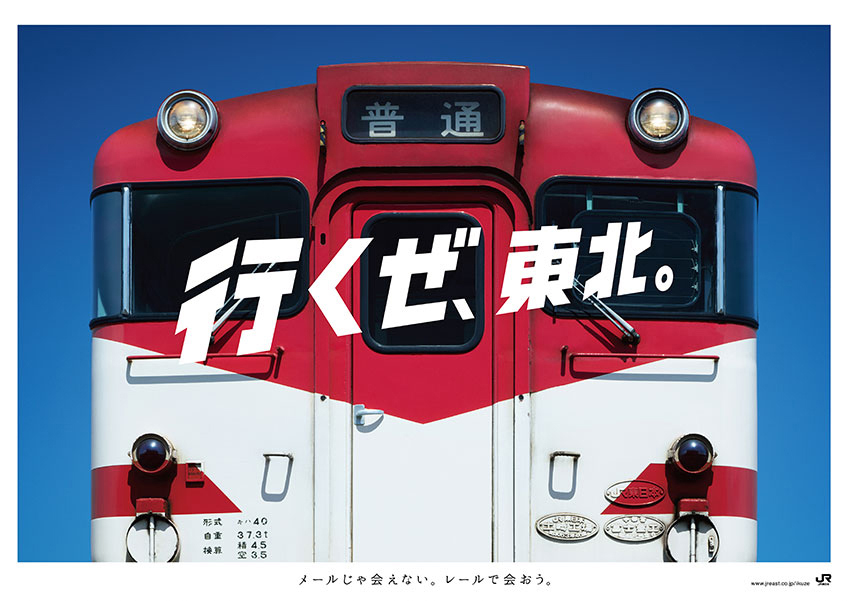 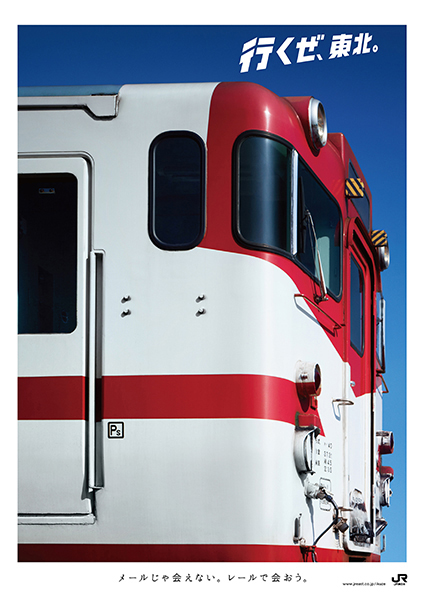 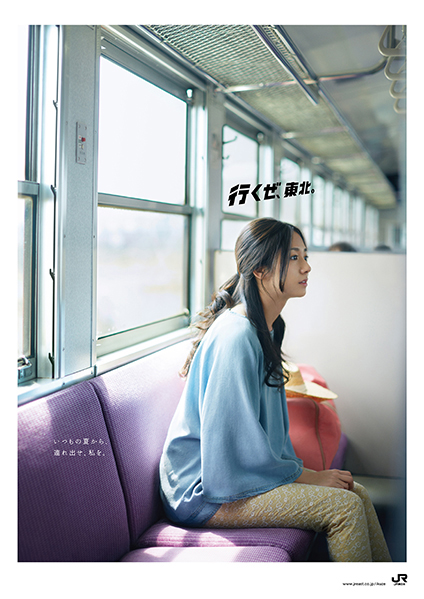 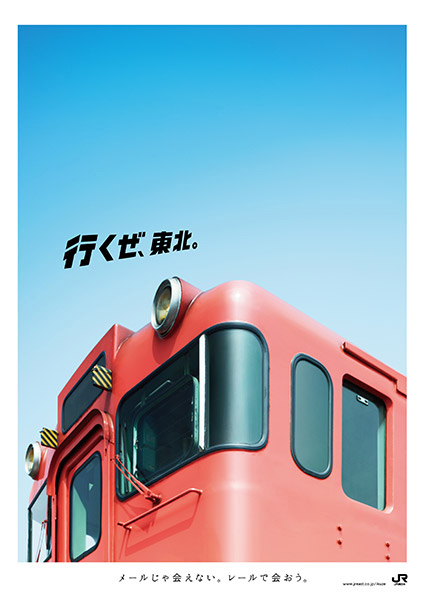 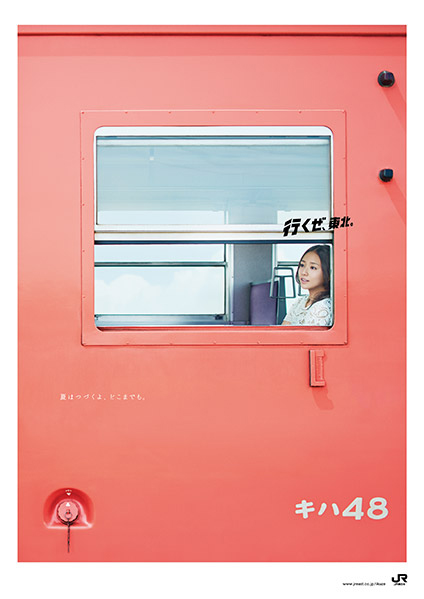 The campaign was developed by the Japanese advertising agency Dentsu under the art direction of Yoshihiro Yagi and creative direction of Takuma Takasaki.

You can find all the posters on the campaign website of the Japan Railway company.