Co-working spaces, while popular in places like New York and Portland, have never been considered viable options in Japan because of an overly-shy and timid society. But, as most things do, the culture is changing and a number of new co-working spaces have popped up in recent years. Supporting the growth is also a changing workforce and a revival of entrepreneurship. Many designers and programmers are choosing to leave corporate comfort and venture out on their own. 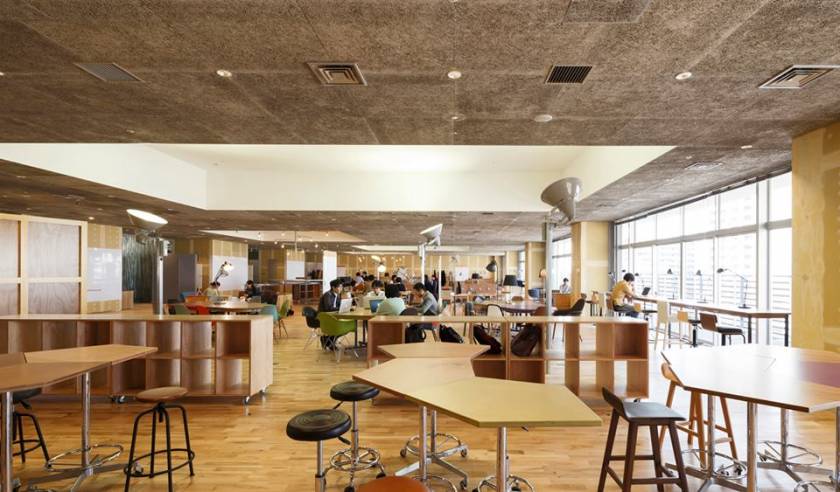 One of the latest co-working spaces to sprout up is KOIL, a sprawling 3-story space that touts itself as the largest in Japan. With the promise of fostering “person to person networking, connections of knowledge and technology, and the meeting of curiosity and an inquisitive spirit,” KOIL opened its doors 2 months ago in an office building located in Kashiwa City, a 30-min train ride from central Tokyo.

In addition to seating for up to 170, the facilities at KOIL (which stands for Kashiwa-no-ha Open Innovation Lab) include several meeting rooms, a cafe and what they call their “factory” : a fully equipped space with various tools for electronic work, as well as the latest digital fabrication equipment, including 3D printers and laser cutters. And it’s not an accident that the swanky space also looks amazing. It was designed by Naruse-Inokuma Architects, who have designed a number of co-working/living spaces recently. 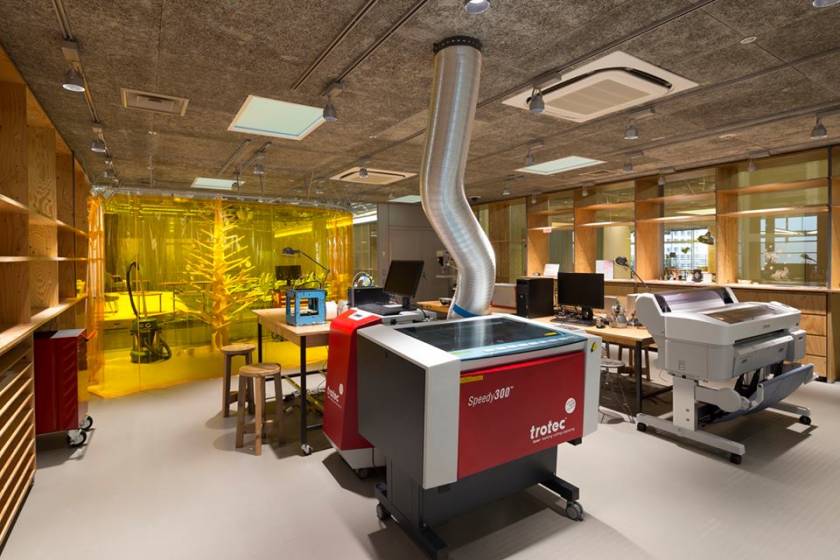 KOIL offers a number of plans for various needs (including day passes) but the basic plan is 18,000 yen per month. 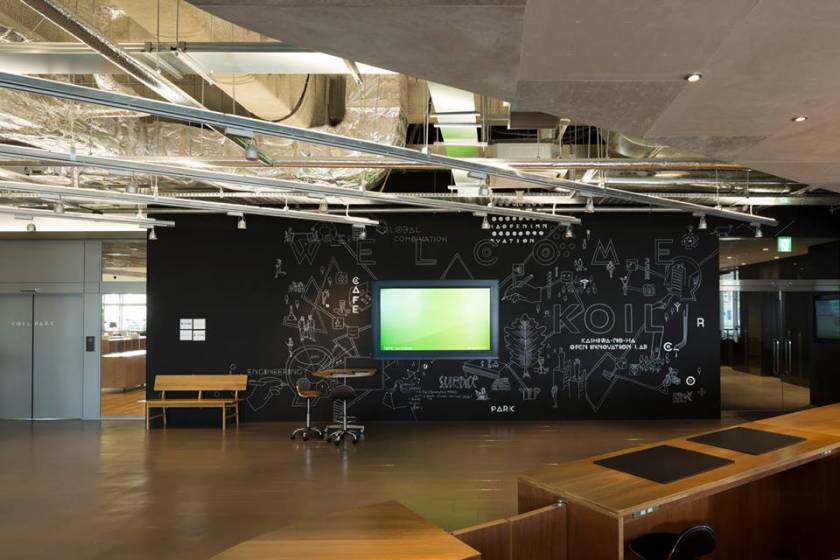 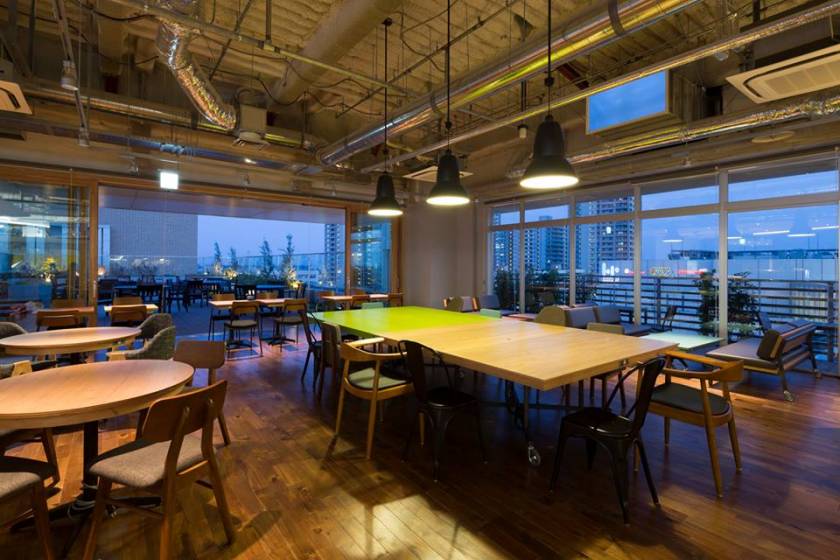 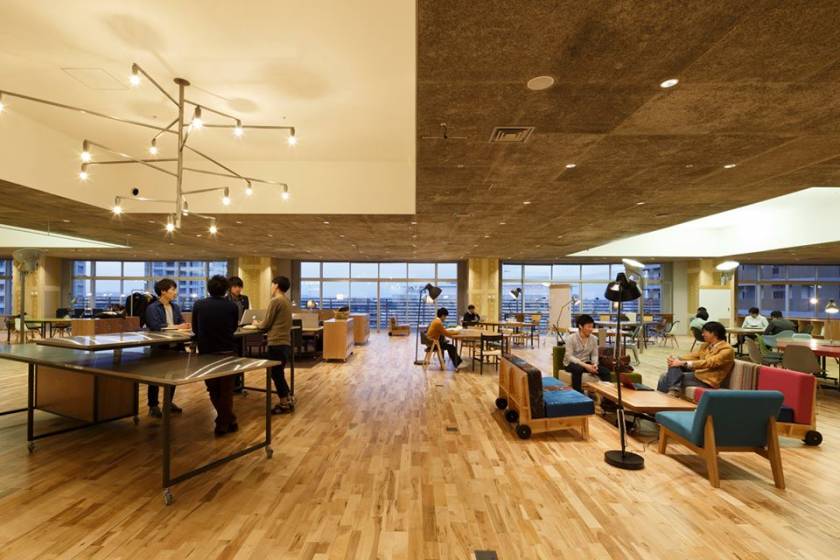 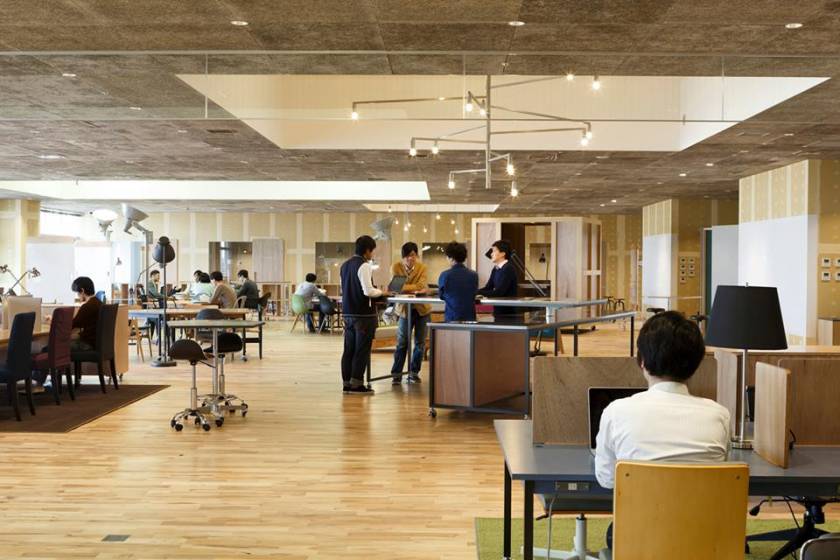 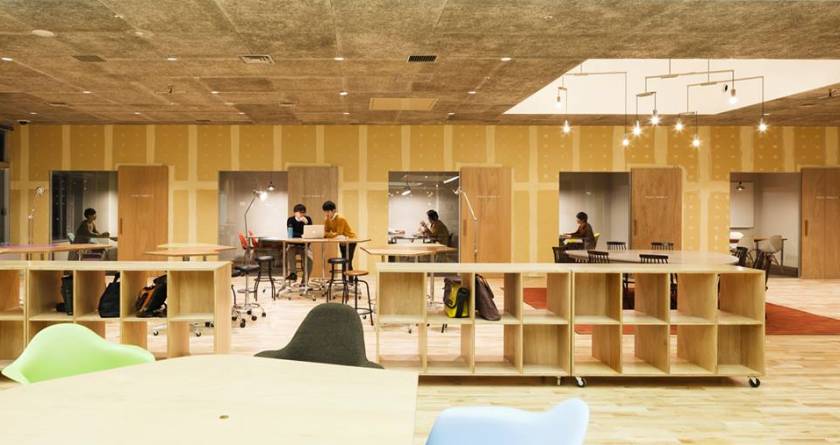 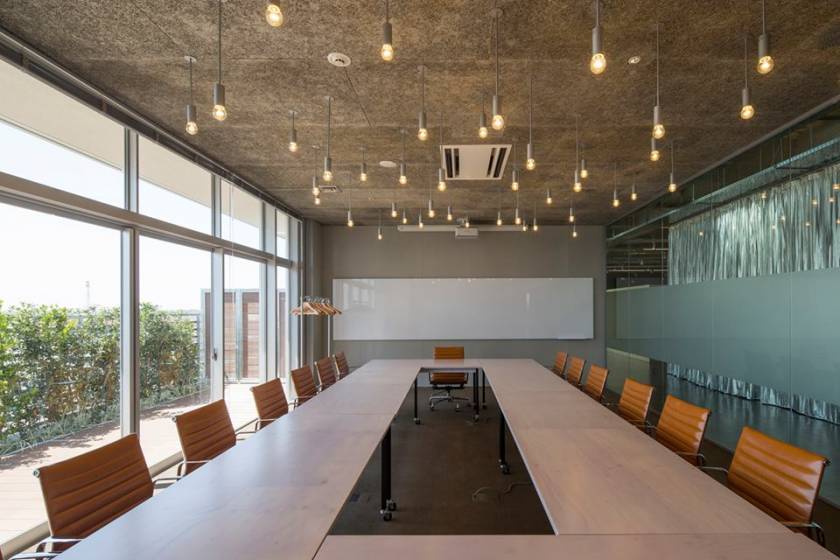