Clover house, MAD Architect’s first project in Japan, had its ground-breaking ceremony in Okazaki, Aichi on May 13th.

The Clover House is a kindergarten that feels like home. Due to limited land area the owner of a local kindergarten decided to renovate his own family house transforming the original private nursery into a fully developed education institution. Clover House differentiates itself from traditional kindergartens by fully embracing its role as a shelter—a haven for education during the day and a home in the evening. The kindergarten’s homelike environment supports Clover House’s fully open teaching methodology, through which the children can build emotional bonds and trust among one another. During the day, children and teachers can eat, study, communicate, rest and play as if they were at a home. At night, the house reverts back to be the living space for the owner’s family and the school teachers. 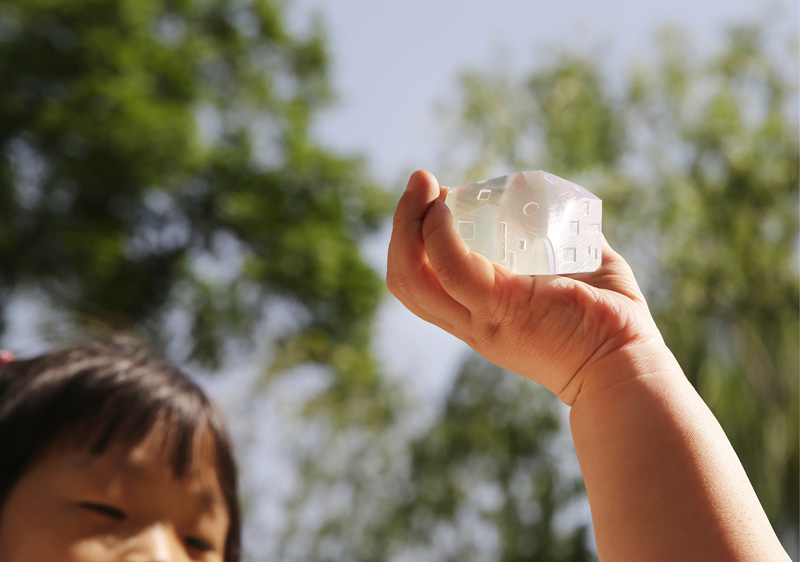 The transformation started with an investigation of the existing 105 sqm two-story house. Like the surrounding houses, this wood structure building was first constructed as standard mass-production housing. After on-site surveys, MAD Architects decided to reutilize the existing wood structure, incorporating it into the new building’s design. One of the signature repurposed elements is the pitched roof, which not only creates dynamic interior spaces, but also brings the owner’s memories of the building as his home into this residence and the starting point of the clover house. 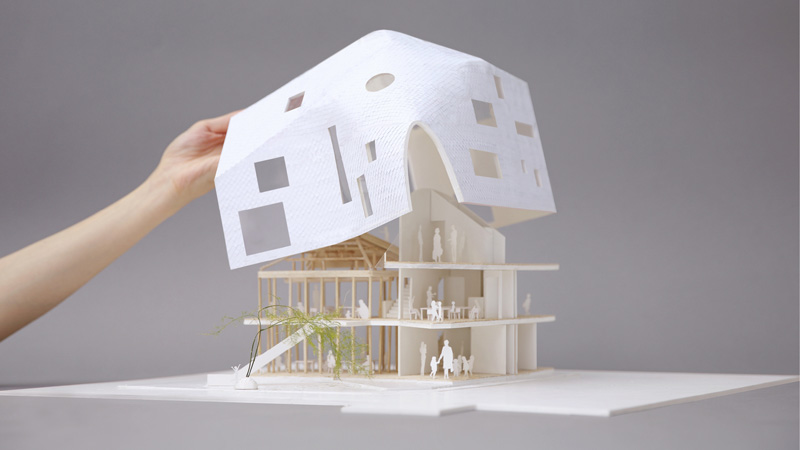 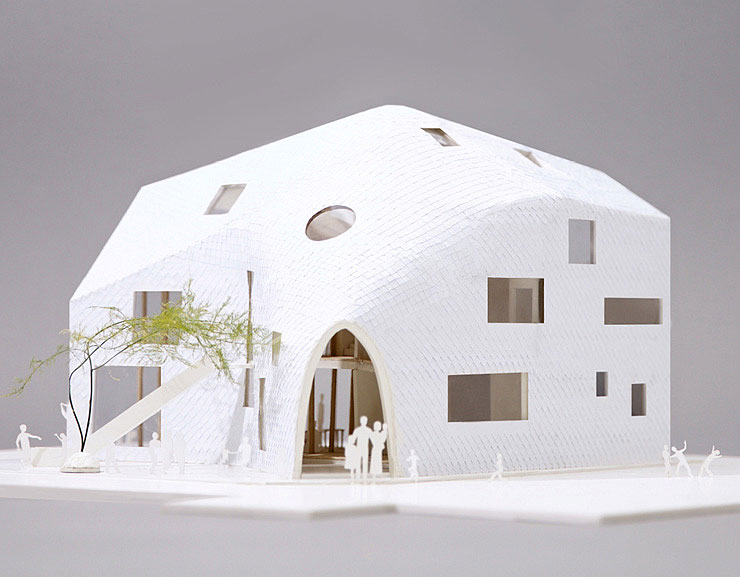 The new house’s skin and structure wraps the old wood structure like a piece of cloth covering the building’s skeleton, creating a blurry space in between the new and the old. The original wood structure is present throughout the main learning area, integrating the history of the building with the educational lessons to tell the students Clover House’s traditions and stories. Its translucent and enclosed spaces easily adapt to different teaching activities. Sunlight sifts through the windows to create ever-changing shadows, chasing the students’ curiosity and innocent imaginations. 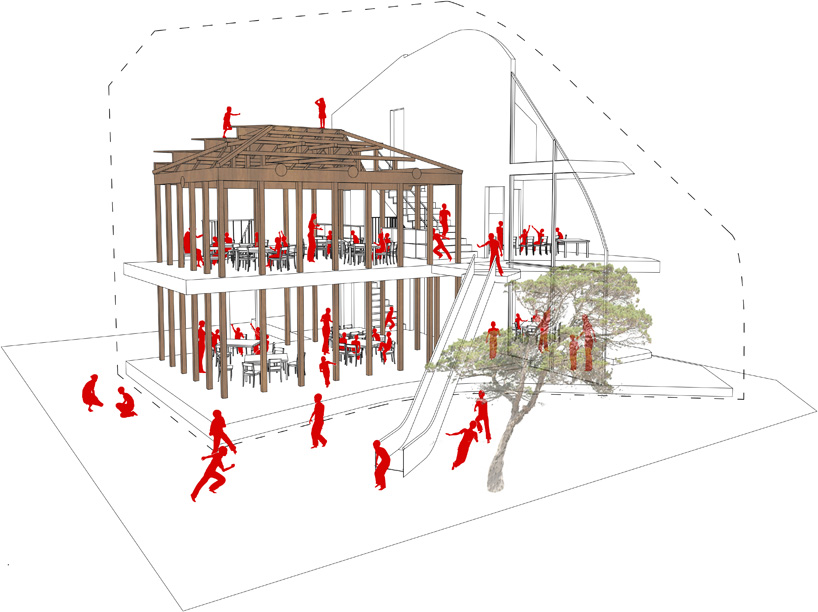 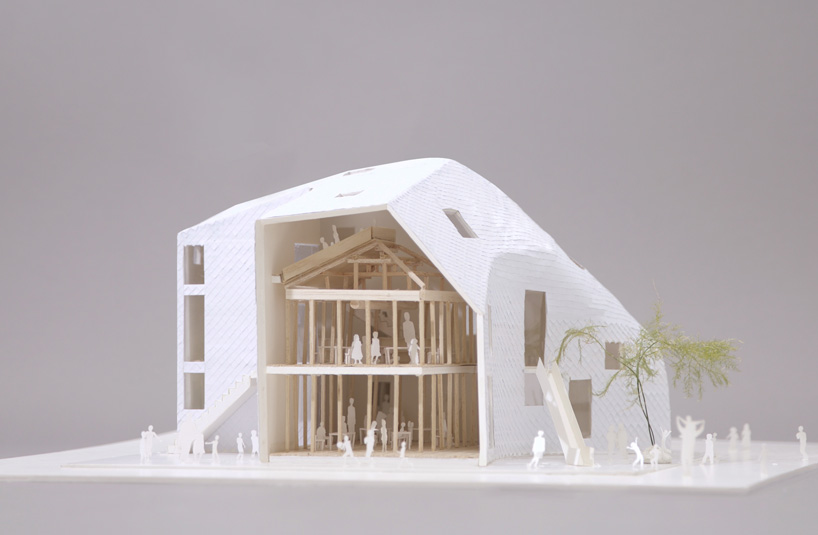 Located next to rice paddy fields, the Clover House’s form brings to mind a mystical cave and a pop-up fort. Compared to the original assembly-line residence, the new 3D wood structure presents a much more organic and dynamic form to host the kindergarten. The facade and roof utilize common soft roofing materials asphalt single to provide waterproofing, while wrapping up the whole structure in a sheath of paper-like pieces. After the building is completed, each piece of “paper” will become the canvas for children to draw and create on, extending their memories of the Clover House.

The clover house will be completed in December 2015. 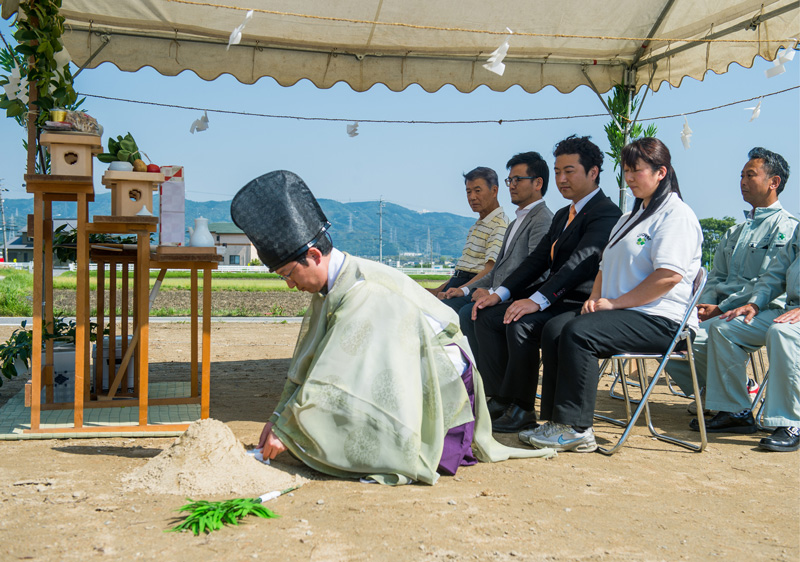 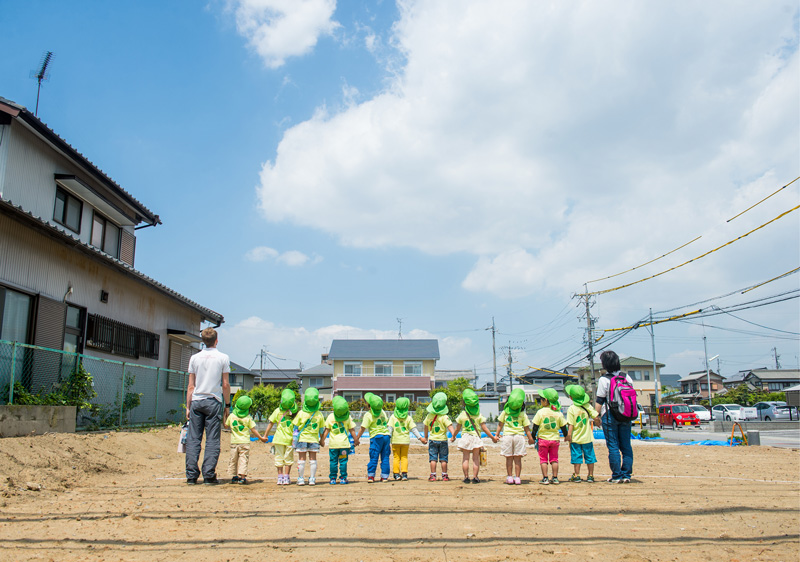